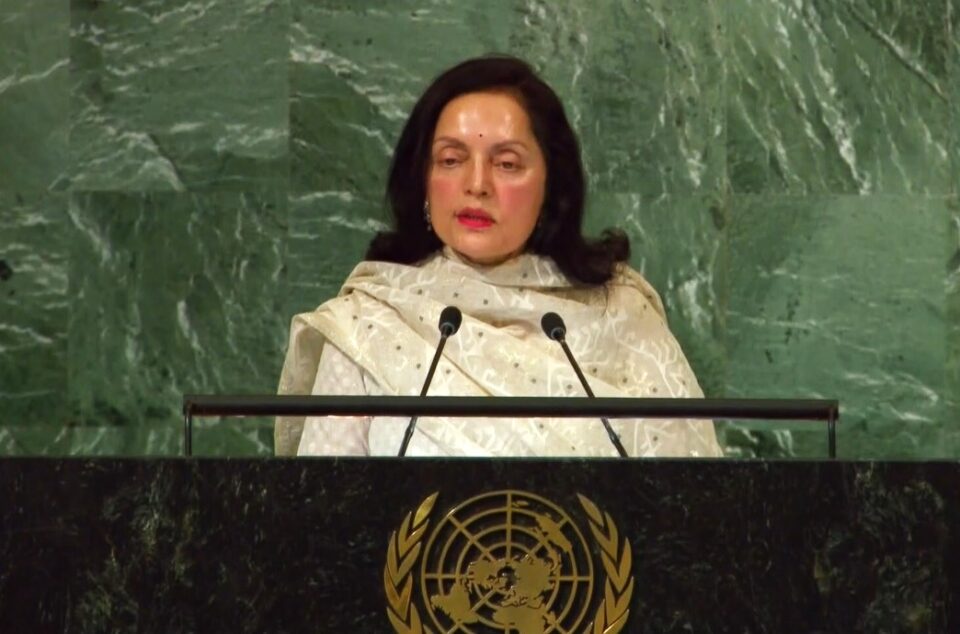 United Nations, Dec 2 (IANS) India took over the presidency of the UN Security Council on Thursday promising to be a “voice of reason and a bridge builder” in a time of global polarisation that has pressed it into inaction.

“One of our strengths is that we are a voice of moderation of voice of reason and a bridge builder and we will walk the talk in the December presidency,” India’s Permanent Representative Ruchira Kamboj said after becoming the first Indian woman to head the Council.

She said that during the presidency, India will hold two sessions to highlight issues most important to it: fighting terrorism and reforming the international system, including the Security Council, stuck in the 1940s.

External Affairs Minister S. Jaishankar will preside over the two meetings, on “New Orientation for Reformed Multilateralism” on December 14 and on “Global Approach to Counter Terrorism – Challenges and Way Forward”, the next day.

India will also be holding two side events unveiling a bust of Mahatma Gandhi at the UN headquarters and organising a group of nations to counter attacks on peacekeepers.

India faces the daunting task of presiding over a Council that is paralysed on the two most dangerous issues riveting the world, the Russian invasion of Ukraine and the North Korean missile launches.

India’s Prime Minister Narendra Modi and Jaishankar have spoken to the leadership of both Russia and Ukraine for a diplomatic solution to the conflict, Kamboj said.

“We are among the few countries, dare I say this, which is speaking to both,” she said.

Asked by a reporter at her news conference if India could change the direction of the Council, she was candid in expressing scepticism, adding, “Hope that but certainly we will continue to work with a lot of positivity”.