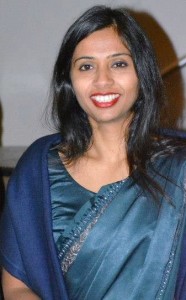 Washington, Dec 18 (IANS) As a fuming India struck back over the arrest and alleged strip search of an Indian diplomat in New York, the US insisted it had acted “appropriately” and instead asked New Delhi to meet its diplomatic obligations.

With no expression of regret, leave aside an “unconditional apology” demanded by India over the treatment of Devyani Khobragade, its deputy consul general, US demanded that India provide security to US diplomats in New Delhi under the Vienna convention.

Reacting to a slew of steps taken by India to pare down the privileges of American diplomats in New Delhi in a retaliatory measure, the State Department spokesperson Marie Harf said “an isolated incident” should not be allowed to cloud a “very important” relationship.

“We understand that this is a sensitive issue for many in India,” she said. “Accordingly, we are looking into the intake procedures surrounding this arrest to ensure that all appropriate procedures were followed and every opportunity for courtesy was extended.”

So far there is nothing to indicate that “anything but appropriate measures were followed”, Harf said.

Asked if Khobragade was strip searched, the spokesperson said the State Department was looking into the allegations. While the US State diplomatic security had followed “standard procedures” she could not speak for the US marshals, who took the diplomat into custody, Harf added.

She said that federal authorities would work on the issue with India “in the spirit of partnership and cooperation that marks our broad bilateral relationship”.

“Our concern right now is to move forward,” she said as “it’s a very important relationship”.

Harf said both the White House and the US Secretary of State John Kerry had been kept informed about the incident.

Asked if the matter could not have been resolved by declaring Khobragade persona non grata, she said: “PNG was a very different matter” and consular immunity does not extend to somebody charged with a crime or something does not involve her daily work.”

She also disclosed that the US State Department had as early as September alerted the Indian embassy in writing that there were allegations against Khobragade concerning underpayment of minimum wages and action could be imminent under US laws.

However, she was not aware if the Indian Embassy had informed about a pending court case in India against Khobragade’s former India-based domestic assistant, Sangeeta Richard, who has been absconding since June this year.

“We Indians love to have others do our work”