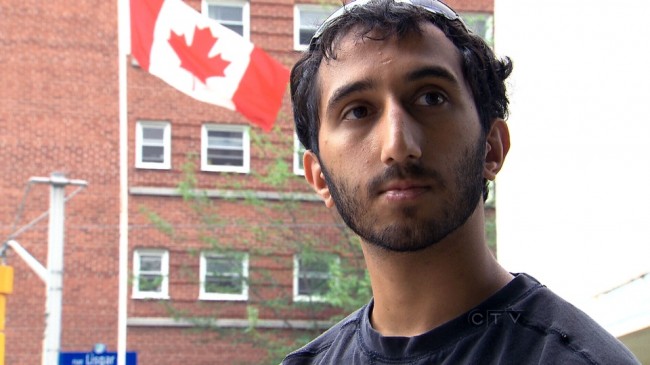 Toronto, Sep 12 (IANS) A Canada-born man of Indian descent has lost his bid to be declared a Canadian citizen by the Federal Court of Canada.

Justice Michael Phelan Wednesday ruled that Deepan Budlakoti, 24, born to employees of the Indian embassy in October 1989, does not have a claim to Canadian citizenship by virtue of his birth, the Ottawa Citizen reported Thursday.

Children born to foreign diplomatic staff in Canada did not automatically become citizens of this country, the judge said.

Budlakoti presented two affidavits to support his contention that his parents had already left the embassy by the time he was born in Ottawa’s Grace Hospital.

If he could prove this point, it would make him a Canadian citizen.

But Phelan rejected Budlakoti’s claim, saying that more reliable documentary evidence indicated his parents left the embassy in December 1989, two months after their son was born.

Budlakoti had no idea he was not an official Canadian citizen until May 2010 when he was served a legal notice.

He was sentenced to three years in prison for possession of weapons and cocaine trafficking.

He also received a notice for deportion to India in December 2011.

But India declined to give him citizenship. Indian officials said Budlakoti is not a citizen and have refused Canada’s request to issue him travel documents.

It means that Budlakoti continues to live under the restrictive terms of a federal deportation order that cannot be enforced, the report said.

He must report every month to the Canada Border Services Agency and live with his family.

His other family members, including his parents, are all Canadian citizens.

Budlakoti contends he is effectively stateless, living in a legal limbo without healthcare, social services or employment opportunities.

“I was born here, raised here, lived here my whole entire life,” he was quoted as saying.

“But I’m not Canadian? Being stateless, it’s a terrible place to be. I have nothing.”

Budlakoti has never lived outside Canada.