Atlanta, GA: The Hindu Temple of Atlanta, Riverdale organized a spectacular, spiritual Ganesh Chaturthi celebration on September 6, 2014. As in the previous year, the majestic six feet Ganapathi idol was specially made in Hyderabad for the Hindu Temple and gracefully installed in the yaaga shala for the celebrations.

So on a bright, crisp Saturday morning many devotees, guests and visitors thronged to the temple to participate in the culmination of the nine-day celebration with a grand Ganesh Nimajjanam ceremony. The celebration had begun with 40 shanku sthapana (conch shells) and puja at theBalajiTemplefollowed with mandala sthapana at the Siva Temple. 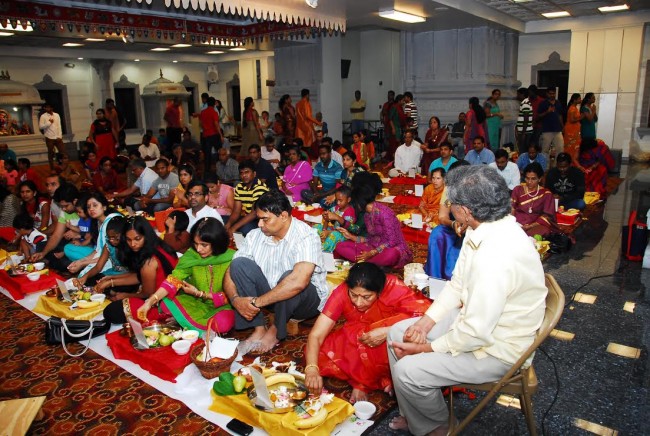 Widely worshipped as the god of wisdom, prosperity and good fortune and traditionally invoked at the beginning of a new venture or challenge, Ganesha is known as vighnahartaa (remover of obstacles). 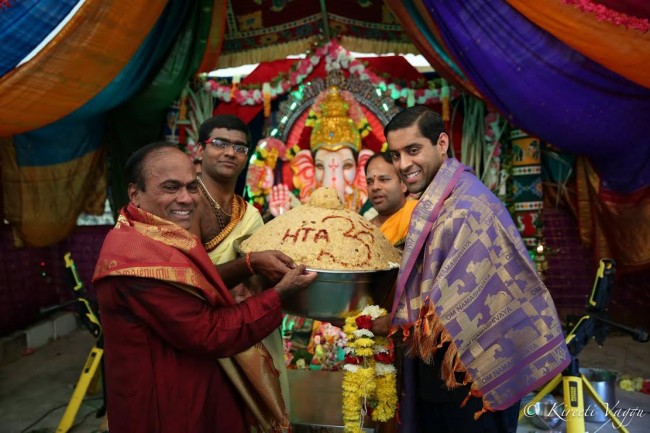 Deities in the Balaji andSivaTemplesalso wore a dazzling look in their ornate fineries and colorful fresh flower and fruit garlands. The priests cheerfully performed archanas through the day blessing all who came to offer prayers. In theBalajiTemple40 shanku sthapana (conch shells) was done and the conches were attractively displayed for viewing and prayers. Ganesh Chaturthi puja was also performed inside theTempleby The Chinmaya Atlanta Balavihar children. Many devotees also observed Ganesh Vratha.

During prakara utsavam, Ganesh murti was carried by devotees in a procession around theTempleto accompaniment of drums, musical instruments, chanting and singing by supporters. This was followed with arathi and theerdha prasadam. The attendees also relished varied menu of delectable South Indian food prepared under the supervision of Food Committee Chairperson Seshu Sarma and served by the dedicated volunteers. 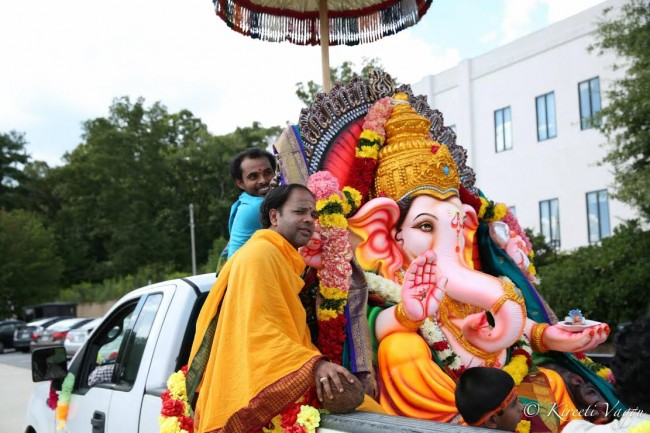 On Saturday 6th September, for the Ganesh Nimajjanam ceremony, the Temple Chef Ramakrishna had prepared a big Ladoo (Ganesh ji’s favorite!) weighing 120 lbs.! After offering it to Ganesha ji, the ladoo (Maha Prasadam) was auctioned and sold to the highest bidder for $4,000.The devotees then took Ganesh ji on prakara utsavam, in a procession around theTemple to accompaniment of drums, musical instruments, chanting, singing and fireworks by supporters.

It was time to bid final farewell to much-loved Ganeshji. A motorcade of about 35 cars with police escort left forLake Jackson. At theLake, Ganeshji was carried on a boat ride to the middle of the lake and as over 200 devotees watched from the decks and a second boat nearby, Ganeshji’s nimajjanam ceremony was performed with great fanfare and to the joyous shouts of Ganapati Bappa Moriya and wishes for his return the following year.  As they say, “with the immersion ceremony the form (physical) returned to the formless (spiritual). Ganapati idol became one with theLakewater. 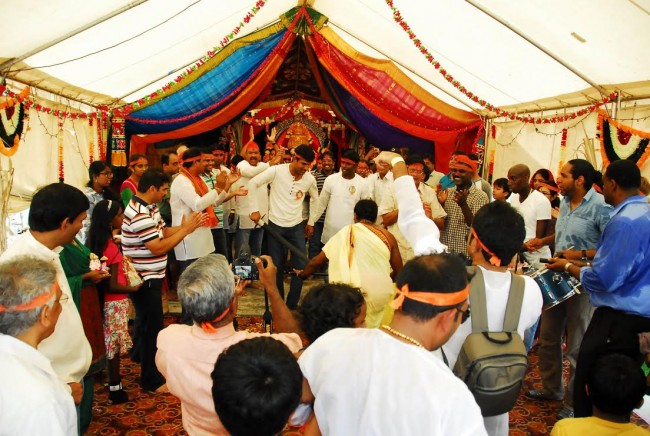 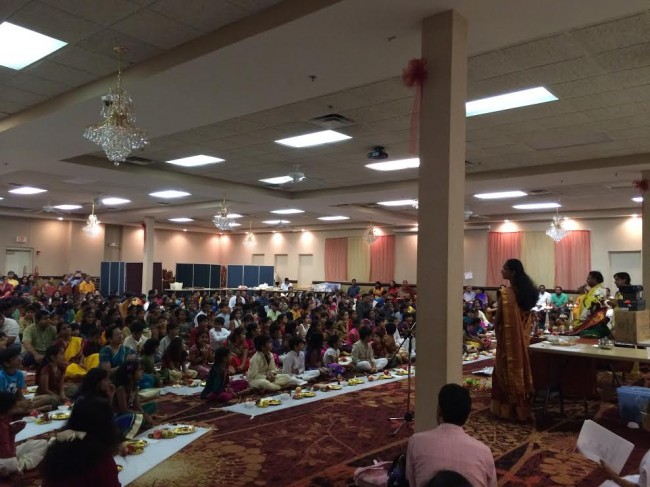 An elated HTA President Narender Reddy commented,” Like last year, this year’s celebration was also well attended. The parents were happy that their children could experience the joy that they themselves experienced as children. The children were excited and thrilled to participate in the puja and also watch all the elaborate rituals. I sincerely thank all those volunteers who with their devotion and commitment made this event a grand success .”

"I was born here, lived here my entire life; being stateless, it's a terrible place to be"