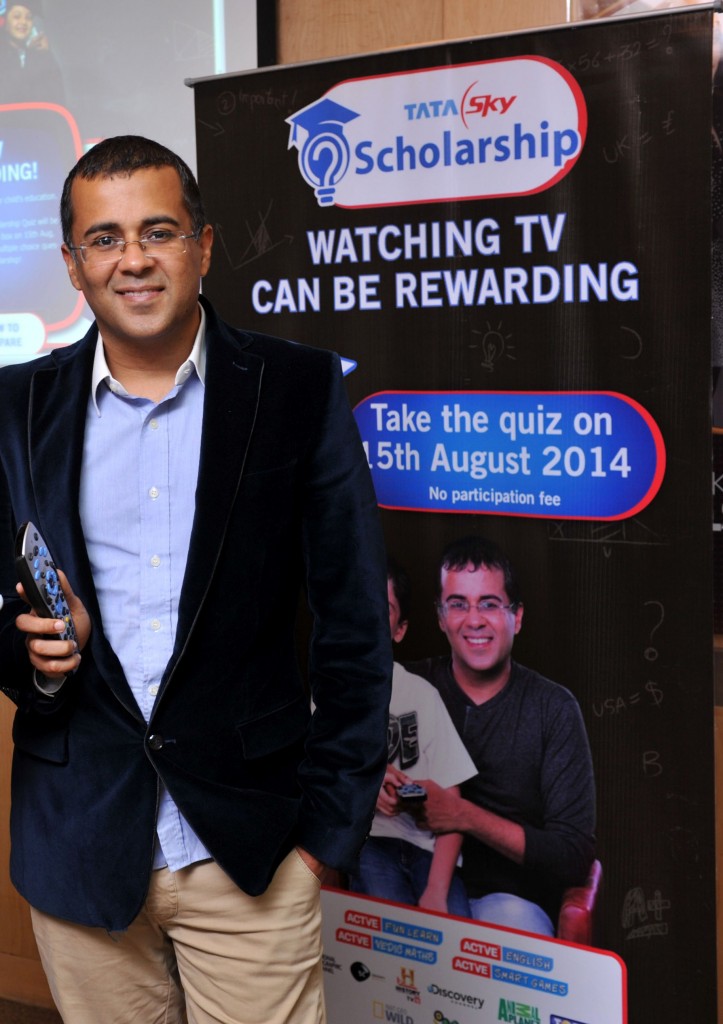 New Delhi, Aug 2 (IANS) Celebrated writer Chetan Bhagat feels that the college cutoffs should not bog one down because hard work can also take people places, adding that the country’s education system is “broken somewhere”.

“A student securing 98 percent is no less capable or intelligent than the one securing 99 percent. The emphasis on cut offs every year just goes on to show that the educational system is broken somewhere,” Bhagat, an IIT-Delhi and IIM-Ahmedabad alumnus, told IANS in an email interaction from Mumbai.

One should not feel dejected after being rejected, as there is a place for everyone, Bhagat believes.

“Students can survive even without securing the highest cutoff because that definitely does not set the standard of the quality of education he or she has been getting since childhood,” said the 40-year-old.

Equipped with the best qualifications, he enjoyed a high-profile banking job for 11 years, but decided to move away from number crunching to writing. And the rest is history.

As a writer, he raised the bar by churning out bestsellers like “Five Point Someone”, “The 3 Mistakes of My Life”, and “2 States” and most of his novels have been adapted into successful movies.

“I believe hard work can take people to places. I have IIT and IIM degrees, but currently in my scope of work in Bollywood, the degrees are irrelevant.

“My work speaks for itself and that’s how it should be for people in the professional world,” said Bhagat, who penned the screenplay for Salman Khan-starrer “Kick”, which has crossed the Rs.100 crore mark at the box office.

As a father too Bhagat would never compel his twins – Ishaan and Shyam – to follow in his footsteps.

“Honestly, it would give me enormous joy to see my kids to be a part of IIT and IIM. But they are free to choose a career of their choice as long as they are happy. As a father I will completely support their choices,” said Bhagat, who is married to his college classmate Anusha.

Amidst the traditional education system, new modes of teaching are evolving and Bhagat has teamed up with DTH-provider Tata Sky to promote its “TV Is Good” campaign.

“As a parent I am very well aware of the fact that kids today are exposed to a lot of content on television as well as on the internet, some useful, some harmful, as compared to the past,” he said.

Sometimes it is difficult for a parent to keep a tab on the content that is accessible to their kids.

“But at the same time, if they are guided well by parents to experience the right content, kids can actually end up grasping a lot more than the limited knowledge that they are exposed to in schools,” he added.

A picture can tell a thousand words and visual learning can equip children for bigger goals in life.

“Visual learning has greater impact than text book learning as children are more receptive to things they witness visually. While books prepare the children in subjects like maths and science that help them secure a job, the learning required to win in life is not limited to these books,” he said.

Bhagat is also ready with his next book, a love story based in the semi-rural setting of India between a rural boy and an urban girl.

“It’s slated for release in October,” he said.