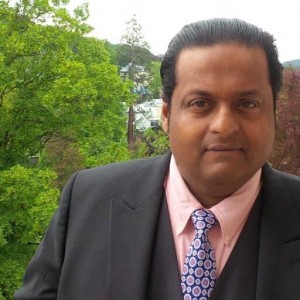 Atlanta, GA: Manu Kumaran, the ex-CEO of Medient Studios has filed a law suit seeking to dissolve the entertainment company he founded, a couple of weeks after he was fired in an abrupt leadership overhaul, Savannah Now reported.

Headquartered in Effingham County,Georgia, the company was incorporated inNevada. In the suit filed recently in aReno,Nevadastate court, Kumaran is asking the court to appoint a receiver and disband the corporation in addition to seeking monetary damages in excess of $10,000. He is also asking for attorneys’ fees.

Medient Studios announced in June that it had terminated Kumaran and several others over what it described as “the management’s lack of focus and for straying from the company’s main goal of making movies”.

Readers will recall that Medient finalized an agreement with the Effingham County Industrial Development Authority to build a $90 million mega-studioplex on its land in Savannah in exchange for aa $10 million, 20-year lease, at the end of which Medient has the option of purchasing the land for $100.

In the complaint, Kumaran accuses the board of directors of issuing new CEO Shapiro 40 million preferred stock at less than fair value for “the sole purpose of diluting Kumaran’s majority interest in Medient.”

“Koppelman, Giamichael, Paterson and Shapiro have colluded to grossly mismanage the corporation in the conduct and control of Medient affairs,” the lawsuit states.

The suit states that Kumaran used $15 million of his own money to acquire 10 million of 50 million shares of preferred stock.

Kumaran also alleges that Shapiro has reduced Medient’s workforce from 28 independent contractors to three or four.

The Effingham County IDA has put on hold a supplemental agreement with Medient as it awaits the changes the company will make to its master plan,Savannah newspapers reported.