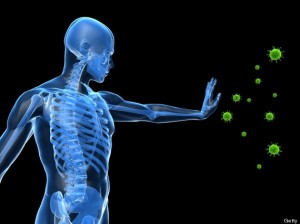 Washington, May 12 (IANS) In a groundbreaking treatment, researchers at the National Cancer Institute in the US have harnessed a female patient’s own immune system to fight cancer.

The team sequenced the genome of her cancer and identified cells from her immune system that attacked a specific mutation in the malignant cells.

Then they grew those immune cells in the lab and infused billions of them back into her bloodstream, a report in the journal Science said.

“The tumors began melting away,” said Steven A. Rosenberg, chief of the surgery branch at the cancer institute.

The 43-year-old woman was diagnosed with an advanced and deadly type of cancer that had spread from her bile duct to her liver and lungs, despite chemotherapy.

“The report is noteworthy because it describes an approach that may also be applied to common tumors – like those in the digestive tract, ovaries, pancreas, lungs and breasts,” the report noted.

Researchers said the treatment, known as adoptive cell therapy, holds promise for common cancers. But they also cautioned that the report was early and based on just one patient.

According to Rosenberg, his team was working around the clock to streamline the process.

Potentially, if we could reduce the complexity, it’s something that could get out into common usage eventually, he added.

Jack Ma says 1 million masks and 500,000 coronavirus testing kits are on the way to the US