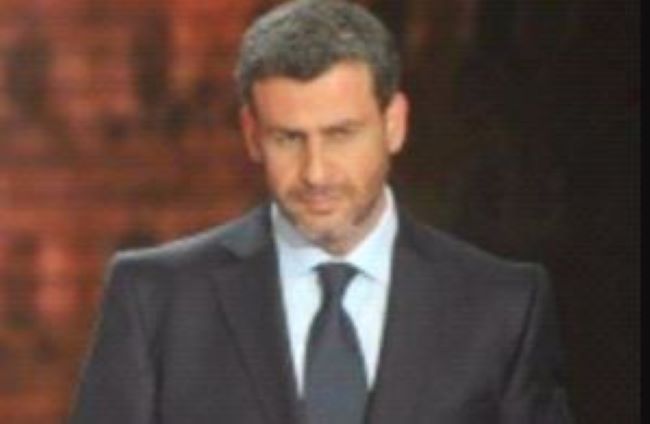 “In our culture, we don’t talk about these things. There are thousands of women out there who are single, and who are looking for love. We are warned about not giving our bank details out, but never about not giving our hearts out to a scammer. I don’t want another person to go through what I went through.”

Atlanta, GA, April 6, 2022: Anamika (name changed to protect identity), an Atlanta suburb resident, was single for over ten years when she registered on a matrimonial website. After a difficult divorce, her life revolved around her son, until he was ready to go to college. When a warm, caring man reached out to her on Shaadi.com, never even in her wildest dreams did she imagine that she was going to be his next romance scam victim.

According to the FBI website, romance scams occur when a criminal adopts a fake online identity to gain a victim’s affection and trust. The scammer then uses the illusion of a romantic or close relationship to manipulate and/or steal from the victim.

Criminals who carry out romance scams are experts at what they do and will seem genuine, caring, and believable. Con artists are present on most dating and social media sites.

The scammer’s intention is to establish a relationship as quickly as possible, endear himself to the victim, and gain trust. Scammers may propose marriage and make plans to meet in person, but that will never happen. Eventually, they will ask for money.

That is exactly what happened to Anamika.

“He told me his name is Jai Desai. He was tall, good-looking, and very easy to talk to. He had such a calm, soothing voice. Each time I spoke to him, I felt like I had meditated,” she told NRI Pulse.

Over the course of a few weeks, the scammer (whom we will refer to as Desai), called Anamika often and gained her trust. “He told me he grew up in the US and South Africa (where his dad lived), and I assumed that it accounted for his accent, which was neither American nor Indian.”

Desai told her he was in the construction business that was engaged in projects outside the US. His wife had died in a car crash, leaving behind a toddler daughter, whom he called Neha. His father had passed away after a heart attack, and his Florida-based mother was battling cancer.

He sent Anamika pictures of himself with his daughter—a child with down’s syndrome and heart problems.

Being the empathetic person she was, Anamika found herself getting emotionally drawn to the man who supposedly lived in a $6 million mansion in Texas and drove a Range Rover, but was dealing with so much in his life.

“I didn’t care about the mansion or the car, but my heart went out to him because of all that he was going through,” she said. “I wanted to FaceTime him, but he told me he has an Android phone for work. He suggested that we meet instead. I was very excited.”

“The next day, his plans had changed. I really wanted to come, he said, but I have to rush to the far east (it was either Singapore, or Thailand, or Vietnam, Anamika could not recall)—I need to finish some paperwork and collect money.”

“He said he would be taking his daughter too, and they would both come to visit me after their trip.”

At this point, Desai started talking about a future together.

“He wanted to buy a house in Atlanta so we could be together. He asked me to talk to a realtor and line up some houses for him to look at during his visit.

An in-love, unsuspecting Anamika reached out to a realtor who was part of her divorce. For the next two weeks, she went house hunting.

Then came the desperate call from the country he was supposedly visiting.

“He was crying. He told me he and Neha were in a car crash. All his stuff was stolen. He didn’t have his passport with him, and Neha was in the hospital, in need of immediate surgery. He requested me to send him $20,000.”

“I told him I don’t have that kind of money sitting around. I have another account where I have funds, but it will take a while to get money over to you.”

The next morning, Anamika went to the Sun Trust Bank and began the paperwork to transfer $20,000 over to Jai Desai. The associate at the bank asked her if she knew the person and was absolutely certain she wanted to send the funds.

For a couple of days after that, she didn’t hear back from Desai. Worried about his situation, Anamika called the Florida number he had told her was his mother’s.

“It was a woman at the other end, but the voice was weird as if the connection was poor. The lady acted like she couldn’t understand me, that she had to go.”

Her calls went unanswered after that.

When Desai called her again, it was from an unknown number with no country code. “He said he was calling from a telephone booth. A couple of days later, he called again, asking for more money. He was staying in a dingy room, and he would have to pay room rent or he would get thrown out. There were additional expenses at the hospital.”

“I suggested that he go to the US embassy; they would definitely help him. He came up with stories that didn’t add up.”

So, Anamika called the embassy– not to report him, but to get him help.

Nobody by that name or date of birth had come to them. “And then the lady at the embassy said: Ma’am, this looks like a fake name. Have you ever met this person? Did you send him money? It seems like you are being scammed. I beg you not to send any more money. We’ve received many such phone calls over the years.”

That’s when the hard truth hit Anamika. The next time he called, she told him what she now knew. “If you had just asked me for money, I would have given it to you. What you did was the worst thing ever.”

“He sounded desperate. What are you talking about? I need you. How can you just leave me? Please send me something—even $500 will help, even $200 will help. From thousands, he had come down to hundreds.”

Anamika disconnected and googled his name. “There were already several complaints about this guy. Everything about him was fake.”

She started thinking back to the red flags in the earlier weeks. “The phone calls would only be at a certain time in the evening. I could never reach him during the day, and even my text messages were not delivered.”

“He kept sending me the same pictures. He only had two or three contacts on Facebook. When I asked him about it, he said he had no time for social media. He mentioned one friend with whom he had grown up in Houston.”

“I was a single woman who had worked hard to save the funds for my son’s education. I sent him an email because I needed closure. I hope your mother knows what you are doing, I am pretty sure she will be pretty disappointed in you, I wrote to him.”

Anamika went to the police station to file a complaint. She was told she needed to hire a lawyer—there was nothing the police could do. She insisted on filing a complaint. “If my house was burgled, would you not have taken my complaint? I asked them. This burglar didn’t come into my house, he came into my life and robbed me.”

Ultimately, Anamika was able to register a complaint, and received a complaint number, although nothing came out of it. She filed a complaint with the FBI as well.

Once hurt, she became cynical of even genuine men. “My antenna was up all the time. I was like an FBI agent trying to catch them red-handed.”

Three years after her traumatic experience with the romance swindler, Anamika married the man of her dreams and moved to a different US city. The story would have remained buried in her mind, but watching the Netflix documentary, the Tinder Swindler brought the old pain back. It prompted her to tell her story, so women are aware that these scams happen to Indian women as well.

“In our culture, we don’t talk about these things. There are thousands of women out there who are single, and who are looking for love. We are warned about not giving our bank details out, but never about not giving our hearts out to a scammer. I don’t want another person to go through what I went through.”

“I guess, I am still looking for closure,” she added.

If you are the victim of a romance scam, file a complaint with the FBI’s Internet Crime Complaint Center (IC3).

If you’ve been a victim of a scammer and would like to share your story, reach out to this writer at editor@nripulse.com.