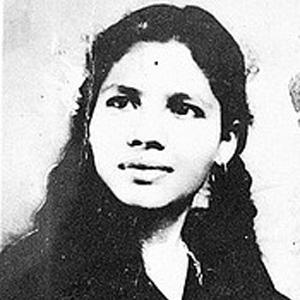 By Shweta Sharma and Shradha Chettri

Three years ago, the Supreme Court ruled against ‘active euthanasia’, administering a lethal injection to end lives of patients with terminal illness, but said that ‘passive euthanasia’, withdrawing life-support systems and stopping medication to a terminally ill person, could be permitted on a case-by-case basis. An apex court query has again rekindled debate on the sensitive subject of the right to die.

On March 7, 2011, the Supreme Court had ruled against ‘active euthanasia’ on a plea for mercy killing in the case of Aruna Shanbaug, then aged 60 who had been lying in a vegetative state for nearly 40 years after being brutally attacked and raped. But the court permitted passive euthanasia under certain circumstances.

With the ruling, India joined a select league of nations which legalised passive euthanasia under “exceptional circumstances”.

On July 16 this year, the Supreme Court reopened the debate when it issued notice to all states seeking their views on whether a terminally ill person can execute a “living will” that his or her life support system be withdrawn if he or she reaches a vegetative state with no hope of revival.

The court also said passive euthanasia was permitted with safeguards.

“When it comes to passive euthanasia, or the right to refuse invasive treatment in the end stages, be it ventilator or other support system, I feel an individual needs to decide on this right for his or her self, and society needs to respect that. There is almost uniform acceptability of this around the world,” Samir Parikh, director, mental health and behavioural sciences at Fortis Hospital, told IANS.

Parikh added that in such cases, the patient’s families need to be given psychological support and “for that, I feel bereavement and grief counselling needs to become a part of healthcare in our country”.

Aruna Shanbaug, a nurse in King Edward Medical College, was brutally raped by a sweeper in the hospital in 1973 and since then has been in a permanent vegetative state, with her every need looked after by the hospital nurses. In 2011, the Supreme Court rejected a petition filed by author Pinki Virani, who as “next friend” sought that Aruna should no longer be force-fed.

Voluntary euthanasia, which is conducted with a patient’s consent, is legal in the US states of Washington and Oregon, and in Belgium, Luxembourg, the Netherlands and Switzerland.

In India, a living will, or a medical directive in which a person expresses his desire to be allowed death rather than being kept alive using artificial means, is required for “mercy killing”.

Human rights activist Pinki Virani, while explaining the impact of the passive euthanasia law in India, highlighted the importance of a living will.

“Living will is where you are able to state how much medicine you want and how much treatment you want, and till what stage you want it, in the event of your being either in persistent vegetative state (PVS) or in brain death,” Virani told IANS.

She added that in India, passive euthanasia can be given to those patients who are suffering from brain stem death (essentially full brain death) and persistent vegetative state.

Religious leaders, while they do not agree to active euthanasia, feel that passive euthanasia is a terminally ill person’s right.

Maulana Mufti Mukarram, Naib Imam of 17th century Fatehpuri Masjid in central Delhi, said that taking somebody’s life by artificially injecting drugs is not right and it is against religion.

“But carrying out euthanasia by removing life support system is correct if a patient cannot be treated. But the decision should be taken in consultation with the doctors,” Mukarram told IANS.

Agreeing, Hindu religious leader Omkaranand Saraswati from Prayag Peeth told IANS: “It depends on the grounds on which a person is wishing for euthanasia. If a person has been suffering for long, no medicines are working and even the doctors have lost hope, then it becomes the person’s right to wish for euthanasia.”

In May 2013, Dennis Kumar, a porter in Kanyakumari district of Tamil Nadu, had sought permission from the district collector for euthanasia of his infant son who was suffering since birth from an unknown disorder. Unable to pay for his son’s treatment or see him suffer, Kumar felt that euthanasia would relieve both him and his son of their misery.

Similarly, some years ago a farmer couple in Uttar Pradesh sought permission from then president Pratibha Patil for the mercy killing of all their four sons who had turned into virtual vegetables due to muscular dystrophy, a genetic disease in which muscle fibre gets progressively damaged. The four sons, aged 10 to 16 years, had been confined to bed for years.

Family members, who have seen their loved ones fight fatal diseases, feel that passive euthanasia can help in ending life in a “dignified” manner.

“I have seen my father lie paralysed and in a state of suffering for many years. Doctors had given up on him…Had there been such a provision in place earlier he would not have had to suffer for so long,” Shashank Ranjan, whose father suffered from throat cancer and died in 2003, told IANS.

“A panel needs to be formed that would medically take a decision and also look into the physical, psychological, and religious factors of the individual and family. A clear medical guideline for clarity on what kind of medical condition can be applicable to be considered for passive euthanasia needs to be formed,” added Parikh.

He also stressed that strict guidelines should be in place to ensure that passive euthanasia is not misused in any way.

“His Presence Is Everywhere”