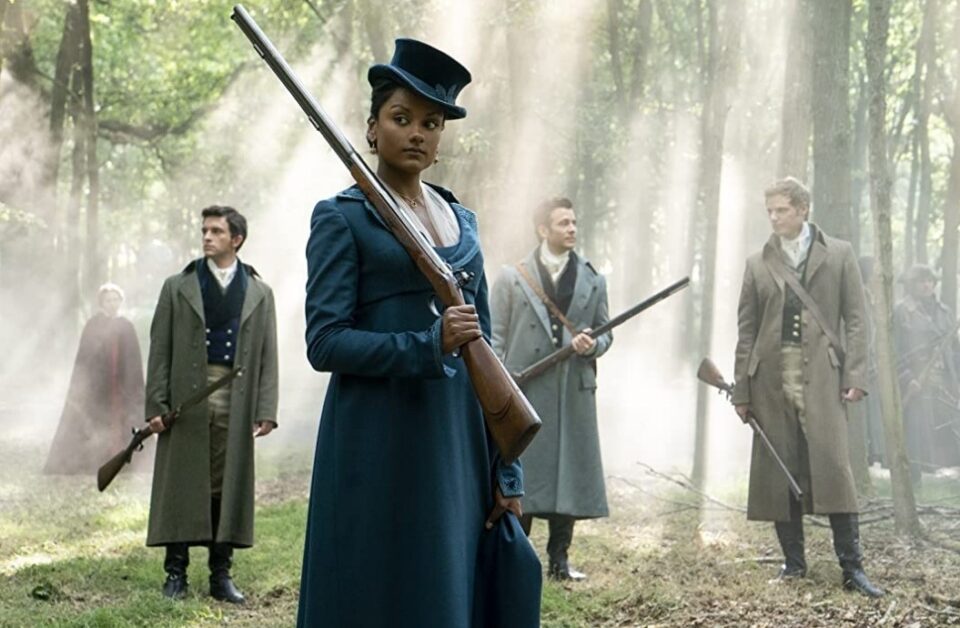 “Representation of diversity does not mean simply replacing a few major characters with people of color, ignoring differences, and presenting a world where everyone is the same and all are equal.”

As I watched Season 2 of Bridgerton, Shondaland’s magnum opus currently streaming on Netflix, I was thrilled to see the two female leads played by dark-skinned actors of Indian origin. Kate and Edwina Sharma are granted a back-story of having been brought up in India, currently visiting London as protegees of Lady Danbury, the powerful Black doyenne who guides debutantes through the complexities of courtship during ‘The Season.’  Historically situated during the colonization of India by Britain, it is not completely improbable that an inter-racial family like the Sharmas could travel to London in search of suitable grooms for the daughters. In terms of representation, it was refreshing to see a mainstream show with a diverse cast and Indian women not relegated to stereotyped supporting roles but given agency and voice.

After my initial reaction, the countless inconsistencies in the narrative and the homogenization of ‘Indianness’ made me cringe. Errors in trivial details aside, to me, the greatest mystery was how a lower-level Indian officer in the British government could have the resources and access to endow his daughters with the numerous accomplishments and skills that equal, even surpass, those of their British counterparts in the Ton. I ascribe these flaws to inadequate research or most likely, the intent of the makers. In their chosen genre of romantic drama, the focus is on the appearance and styling of their leads, not on the reality of their circumstances. They accomplish this adequately by adding several well-known exotic elements – embroidered silks, gold jewelry, spiced tea, oiling of the hair, Bollywood strains playing in the background, garlands of marigold strewn around, a pre-wedding haldi-ceremony, frequent references to Indian art, music, literature. The age-old tropes of this genre – boy and girl meet, argue, fall in love, overcome obstacles, and live happily ever after, remains firmly in place. The key difference is that the ‘boy’ being white and the ‘girl’ brown does not matter to anyone.

Considering the immense popularity and outreach of Bridgerton, we cannot ignore it as another piece of fluff. Not when it presents an alternate history – a utopia where the color of one’s skin is inconsequential. Creator Chris Van Dusen mentions being inspired by historical debates over the African ancestry of Queen Charlotte to imagine a past where the queen’s mixed-race heritage has transformed British nobility into a ‘raceless’ society. Subsequently, what we see in Bridgerton is a fully integrated aristocracy. Members of the Ton judge Kate and Edwina by the exact same standards as they do other debutantes, and the Sharma sisters pass with flying colors! Class differences do exist, but unlike in Downton Abbey, the ‘downstairs’ of Bridgerton remains largely invisible, an underclass silently performing support services in the background. Lavish balls, elaborate dinners, strolls down the promenade, intimate family gatherings are the order of the day. The history of colonial imperialism and racist discrimination is erased and replaced with a spurious race/color-blindness.

Situating classic tales in another age, space, and time, giving historical narratives a whole new context is quite common in art forms, as seen in the countless versions of Shakespeare or Jane Austen across the globe. Reimagining an alternate universe within the same historical context seems to be a current trend, going by Kenneth Branagh’s recent depiction of Agatha Christie’s murder mysteries. I find utopic visions like these problematic, even potentially dangerous, as they undermine any kind of questioning of historical power structures.

In conclusion, Bridgerton is fantasy, it does not represent a real world, nor should it be considered one. It was created for entertainment purposes, not for edification or even satire. And it is certainly very entertaining – the show’s tremendous success worldwide proves that. Even as I suspend my disbelief, I feel that incorporating the historical complexities of race relations would have greatly enriched this show’s narrative. Representation of diversity does not mean simply replacing a few major characters with people of color, ignoring differences, and presenting a world where everyone is the same and all are equal. Glossing over painful histories of exploitation, violence and bigotry and presenting an imagined ideal is not the goal of true representation of diversity. Accepting and celebrating differences and working together toward a more egalitarian society is!

Bridgerton is one the most popular shows across all streaming platforms. Season 1 had a viewership of 82 million households and Season 2 was the number one show in 92 countries totaling to 193 million hours of viewing time just in its opening we

Based on Julia Quinn’s novels set in the Regency era Britain (1795-1837), the show presents a reimagined racially integrated London where people of color are members of the aristocracy, also known as the ‘Ton.’ Season 1 (2020), based on the novel The Duke And I, focuses on the travails of Daphne, the eldest daughter of the eight Bridgerton siblings, in her quest for a suitable spouse. Season 2 (2022), based on The Viscount Who Loved Me, does the same for Anthony, the eldest son. I assume subsequent seasons will take on similar quests of the remaining siblings. The result is a heady concoction of high drama, intrigue, scandals, betrayals, and heightened eroticism set against a backdrop of palatial homes, sprawling grounds, dazzling costumes, and magnificent balls.

* Mala Chakravorty has a Ph.D. in American Women’s fiction from I.I.T. Delhi, and Master’s degrees in English and American Studies from Delhi University and Smith College, Massachusetts. She has worked in the School of Women’s Studies, Jadavpur University, Kolkata, and Women’s Studies Program at the University of Hawai’i at Manoa, Honolulu. She switched from academics to Information Technology in 1999.