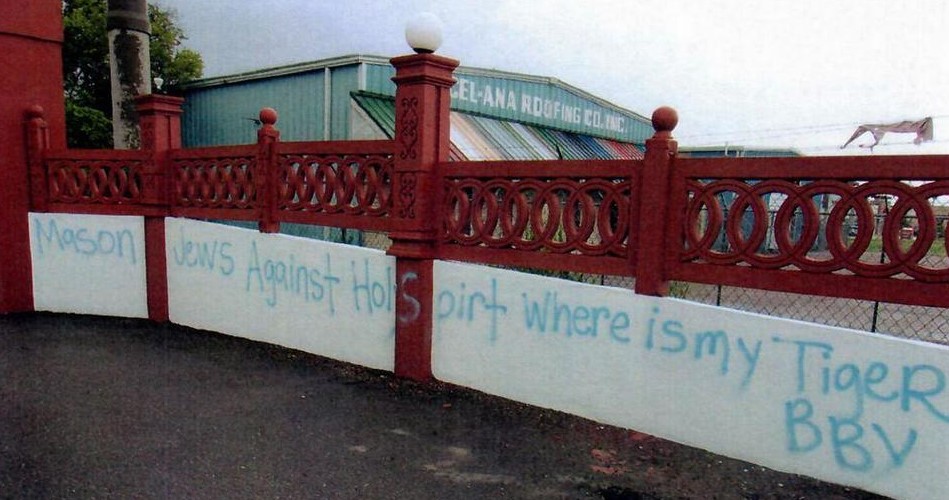 New Jersey, June 13th 2020. The Coalition of Hindus of North America (“CoHNA”), through a press release, strongly condemned the recent attack on a Hindu temple in Rio Grande Valley, Texas where property was vandalized and spray-painted with graffiti.

“This is an act of violence against the small and peaceful Hindu community of this town of Edinburg, and has left them confused and hurt.The community has lived in peace with its non-Hindu neighbors and has actively contributed to the local economy and civic life,” the release said.

“Though the issue is being investigated and it’s still unclear who is behind this attack and what the motives were, such an attack is indeed troubling against the backdrop of the recent desecration of the Gandhi Statue outside the Indian Embassy in Washington DC,” the release added.

“The Hindu American community is one of the smallest minorities in the US, with a population of less than 1%,” remarked Rajeev Menon, vice president of CoHNA. “Acts like these make us especially vulnerable. Also, given that the cities of Seattle,WA and St. Paul, MN recently passed resolutions against democratically passed law in India based on misinformation and propaganda, the community is beginning to wonder whether a pattern of anti-Hindu sentiment is emerging.”

“CoHNA requests that the authorities involved investigate this matter promptly so that the perpetrator(s) are brought to justice,” he added.

BAPS closing all temples in USA, Canada, Europe and Australia as response to COVID-19