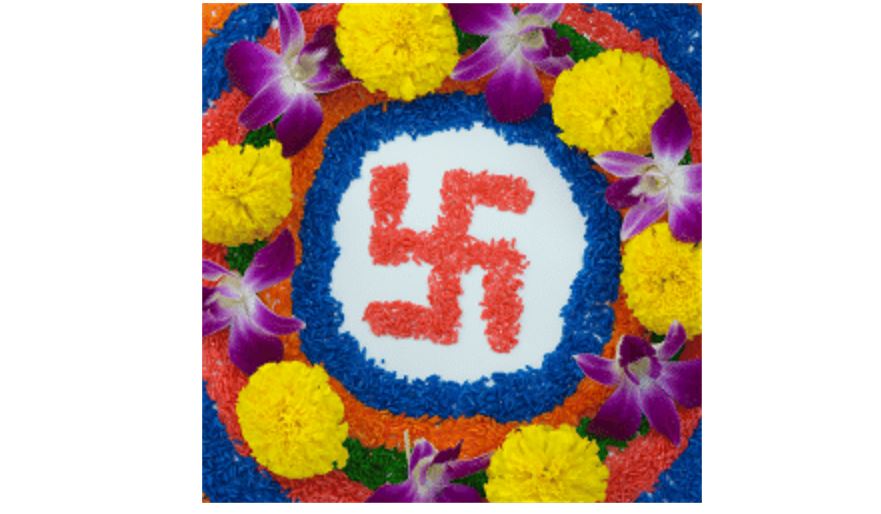 June 1, 2022, Bay Area, CA. The Coalition of Hindus of North America (CoHNA) expressed its strong disappointment around California Assembly’s decision to pass Bill AB2282, titled “Hate crimes: nooses, crosses, and swastikas,” whose purpose is to criminalize the display of hate symbols. While the bill is well meaning, it perpetuates confusion by once again using false and hateful terms like “Nazi Swastika”, missing a historic opportunity to rectify a wrong done to the Buddhist, Hindu and Jain communities by faulty journalism and scholarship in the years following World War 2. Further, the bill actually associates the sacred Swastika with hate and genocide by saying “…Nazi Hakenkreuz (hooked cross) [is] also known as the Nazi Swastika that was the official emblem of the Nazi party.”

“In spite of claims that the bill has decriminalized Swastika, the amended language continues to use the word ‘Nazi Swastika’,” remarked CoHNA president Nikunj Trivedi. “By passing this bill in its current form and failing to accommodate the concerns of Hindus, Buddhists and Jains in the language, the Assembly has essentially supported the false idea that there is a ‘good Swastika’ and a ‘bad Swastika.’”

Since the beginning of its campaign two years ago in the State of New York, CoHNA and its Hindu, Buddhist and Jain organizational partners have consistently maintained that the usage of the words “Nazi Swastika” damages the religious beliefs of these communities and continues to incorrectly label a sacred symbol as an emblem of death and genocide.

Our opposition to the bill stems from the fact that while the amended bill does insert the word “Hakenkreuz” (hooked cross) once, it continues to refer to Hitler’s hate symbol and the Nazi party emblem as “Nazi Swastika” in the rest of the bill. Even the bill’s title refers to the hate symbol simply as “Swastika.” Thus, the newer version does not remove the hateful association with the Swastika and perpetuates confusion by using the words “Nazi Swastika” and associating it with hate and genocide.

“The English translation has created numerous problems for the Dharmic communities, because in the the German language ‘Hakenkreuz’ literally means ‘hooked-cross,’ which is how Hitler and the Nazis referred to their symbol, not ‘Swastika,’” remarked Reverend Dr. T.K. Nakagaki, President of the Heiwa Peace and Reconciliation Foundation of New York and President Emeritus of the Buddhist Council of New York. “You can say Nazi Hakenkreuz, Nazi hooked cross, Nazi hate symbol, but cannot call it ‘Nazi Swastika.’ The word ‘Swastika’ belongs to Dharmic traditions and is a particularly important symbol of peace and auspiciousness.”

CoHNA’s research and that of experts such as Dr. T.K. Nakagaki and Dr. Daniel Rancour-Laferriere has shed significant light on this topic. Since late April, CoHNA has also attempted to work with the Assemblymember Bauer-Kahan’s office and educate them on the important differences between the two symbols, to use the word “Swastika” only when referring to the sacred symbol and use the words “Hakenkreuz,” “Nazi Hakenkreuz,” “Nazi hooked cross,” “Nazi hate symbol,” etc. when referring to Hitler’s symbol of hate. The organization has also provided suggested language that can be incorporated into the legislation in order to make it inclusive while also condemning hate and intolerance.

CoHNA has called upon the Hindu, Buddhist and Jain communities to reach out to their lawmakers and urge them to take the necessary steps to ensure that the bill is amended with appropriate references to the Nazi symbol of hate (“Hakenkreuz” or “hooked cross”) versus the sacred Swastika.

The organization and its allies will continue to work with legislators and oppose the bill in its current form until the language is amended while standing in solidarity with the Jewish, African American and other communities targeted by hate and bigotry using the Nazi symbol.

For additional information and educational materials on the Swastika, please visit https://cohna.org/swastika.

Indian community in Georgia honors Top 10 Mentors of the Globe