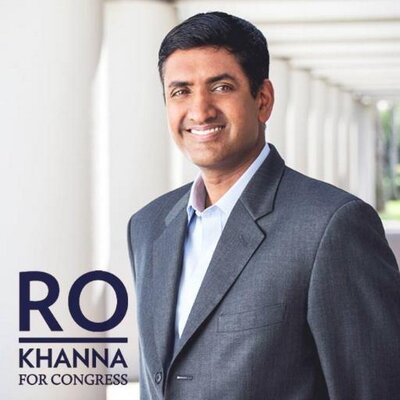 Washington, Nov 2 (IANS) A record 30 Indian-Americans are contesting Tuesday’s US elections that will determine the course of power politics in the last two years of President Barack Obama’s term in office.

Nearly three million people of Indian descent with an ever growing number of officials in high places,are better educated, earn more than other Americans, but haven’t had much of an impact on national politics though they have two state governors and a lawmaker in the House.

No Indian-American is running for any of the 36 seats, including three special elections, up for ballot in the 100 member Senate where Obama’s Democratic Party is facing the prospect of losing its 53-45 majority with two Independents in the mix. But four of them are vying for a two-year term in the House where all 435 seats are up for election.

In a divided US Congress, Opposition Republicans currently control the House with a 233-199 lead. Poll pundits expect the Republicans to keep their lead if not increase it.

Prominent among Desi contestants to the House are Democrat Amerish ‘Ami’ Bera, who two years ago became only the third Indian-American lawmaker in US history -after Dalip Singh Saund and Bobby Jindal- and a former Obama administration official Rohit ‘Ro’ Khanna.

In the battle for Silicon Valley, Khanna, former deputy assistant secretary in Commerce department, is giving a run for his money to veteran fellow Democrat Mike Honda, who has held the seat for the last 14 years.

Khanna, who has won the backing of Yahoo’s Marissa Mayer and Facebook’s Sheryl Sandberg in this home of tech titans, in a recent interview to IANS called it “the best pick up opportunity for an Indian American in the country.”

In Pennsylvania, Democrat Iraq war veteran physician Manan Trivedi is making his third try to enter the House, while Arvin Vohra of the Libertarian Party is running from Maryland.

In the States, Republican Nikki Haley, seeking a second four-year term as South Carolina Governor, was considered a virtual shoo in even before her Democratic opponent Vincent Sheheen called her a “whore” at a campaign rally and became “a headache” for his party.

Born Nimrata Nikki Randhawa, the daughter of Sikh immigrant parents, has also received the backing of Louisiana governor, Piyush “Bobby” Jindal, who himself is considering a presidential run in 2016.

If he wins again as expected, Brown, 76, will become the only California governor elected to four terms.

The daughter of an Indian mother from Chennai and a Jamaican father, whom Obama last year called “by far the best-looking attorney general,” to cause a bit of a stir, is also said to be on the President’s short list to succeed Attorney General Eric Holder.

A score other Indian-Americans – nine Republicans, 10 Democrats and one Independent – are eyeing legislative seats in 15 states in a bid to win a rightful place in the political arena for the community.