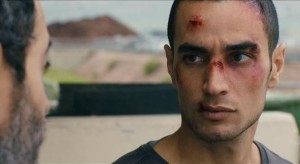 Los Angeles, Dec 21 (IANS) The Academy of Motion Picture Arts & Sciences has announced a list of nine films that will advance to the next round of voting in the Foreign Language Film category and Indian director Gyan Correa’s film “The Good Road”, is out of the race.

The Gujarati film was chosen to represent the country in the category at the coveted awards event this year.

Out of the nine, five will be shortlisted for the finale. The 86th Academy Awards nominations will be announced Jan 16, 2014, according to the statement on the official Oscar website.

The nine films nominated in the Foreign Language Film category are:

2. “An Episode in the Life of an Iron Picker” (Bosnia and Herzegovina) – Director: Danis Tanovic, director

Indian held for 'sexually assaulting' woman on US flight