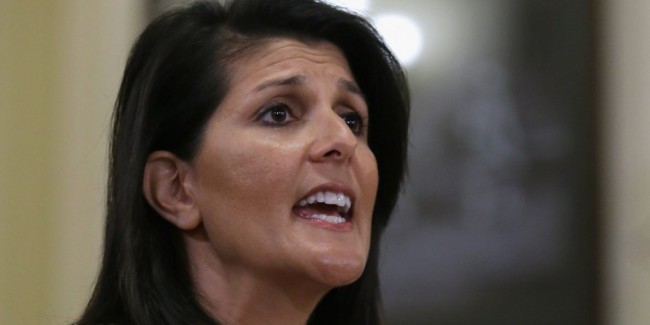 Washington, Aug 4 (IANS) The US, which has announced its backing for India’s membership of the UN Security Council, is to raise the issue at the UN where Nikki Haley will take it up, the State Department has said.

State Department spokesperson Heather Nauert, in answer to a question if UN ambassador and Indian American Haley would be raising the issue of India’s membership at the United Nations, answered in the affirmative.

“I believe she is. I would have to double-check with her office. I can certainly do that and get back with you,” said Nauert.

The spokesperson also added that the Washington visit of Prime Minister Narendra Modi was “lovely”.

“I know we had a lovely visit with Mr. Modi. It was certainly wonderful to have him here in the United States. I know the President enjoyed hosting him, as did the Secretary as well,” she said.

The Indi-US joint statement issued after Prime Minister Modi’s meeting with US President Donald Trump in June specifically mentioned the US’ support for India’s bid for a permanent seat on the UN Security Council.

Indian wunderkid is youngest Berkley topper in a century