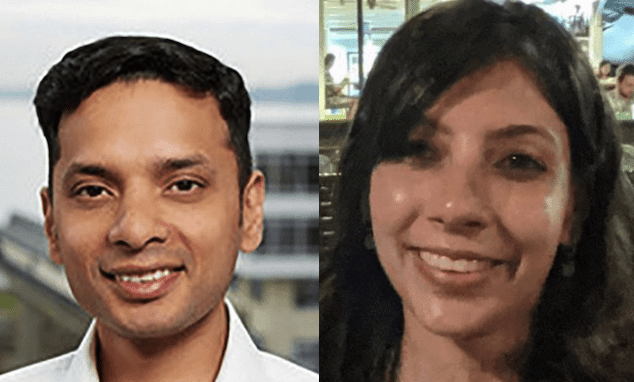 Atlanta, GA, February 21, 2020: An Indian-American man was arrested a day after the disappearance of his 41-year-old wife near Anaehoomalu Bay in Hawaii, after the body of a woman was found in the area where she was last seen, according to a police statement.

Sonam Saxena, 43, a product manager at Google in Seattle, Washington was arrested on the count of murder in the second- degree as detectives with the Area II Criminal Investigation Section are continuing the investigation.

An autopsy is scheduled to determine the exact cause of death, according to a press release issued by the Hawaii police department.

The identity of the female body is being withheld pending positive identification and notification of next of kin. However, the body was located in the general area where Smriti Saxena was reported as a missing person and last seen Tuesday evening (February 18).

The search for Smriti, a business program manager for Microsoft, got underway late Tuesday when police were dispatched to the Waikoloa Beach Resort area after receiving a report of the missing 41-year-old woman who’d last been seen around 10:30 p.m. at Lava Lava Beach Club, reports local media.

The body was located the next morning in the area where Smriti Saxena was reportedly last seen.

Before his arrest, Saxena used social media to seek public help in locating his wife. He also spoke to West Hawaii Today, professing his love for his wife and pleading for the public’s help locating the mother of their two children.

Saxena said he last saw his wife on the shoreline south of Anaehoomalu Bay when he went back to their Waikoloa Beach Marriott Resort to fetch her inhaler for her asthma around 10 p.m. Tuesday.

“She got an asthma attack right there on the beach and she was feeling weak and she didn’t want to walk all the way back because it’s almost a 20-minute walk back from that beach to our room,” Saxena, told West Hawaii. “So, I said, ‘hey, you know what? You stay here, you have your phone with you and I’ll just go to the room grab your inhaler and pump and come back.’

“I did that. Went to the room, picked up the inhaler, came back, and she was missing.”

Saxena said he was gone for “no more than 40 to 50 minutes”.  He said, when he got to the secluded beach, her purse, phone, credit card and driver’s license were all there, but there was no sign of Smriti.

Saxena said he then headed back to the hotel room, and, when he didn’t find her there, he went downstairs and called 911.

The couple had been married for 17 years with two children, ages 13 and 8.

Modi can apply for visa like anyone else: US