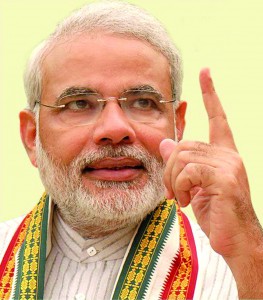 Calling it “a Diwali moment for us”, Chandrakant Patel, president of Overseas Friends of BJP (OFBJP), has urged all non-resident Indians to celebrate this “historic moment for India” by lighting “diyas” at their homes, community centres and temples.

“The people of India today stand poised to unleash their immense potential for the good of the country and global progress towards peace, no poverty, and good health for all,” US India Political Action Committee (USINPAC) said in a message of congratulations.

“The Indian diasporas and friends of India in the United States and across the world cheer and send our best of wishes to the people of India, and the leadership of Mr. Narendra Modi,” USINPAC chairman Sanjay Puri said.

Even the head of Congress party’s overseas wing in the US joined in congratulating Modi.

“The people of India have spoken and they have thrown in their lot with BJP-led NDA and their verdict ought to be respected by all,” said George Abraham, chairman of the Indian National Overseas Congress (INOC).

“It is also a tribute to India that has proven beyond any doubt that it is a vibrant democracy that facilitates a peaceful transition of power looks rather easy,” he said.

But the Coalition Against Genocide (CAG), a broad-based group, vowed to “continue the struggle for justice despite Modi victory” and to “uphold India’s secular ethos”.

“Modi’s ascent to the highest executive office in India, is rightly a matter of concern for all who value human rights and religious freedom,” calition spokesperson Shaik Ubaid stated.

Times Now made a live and interactive streaming of its telecast of the Indian election results from Times Square in New York.