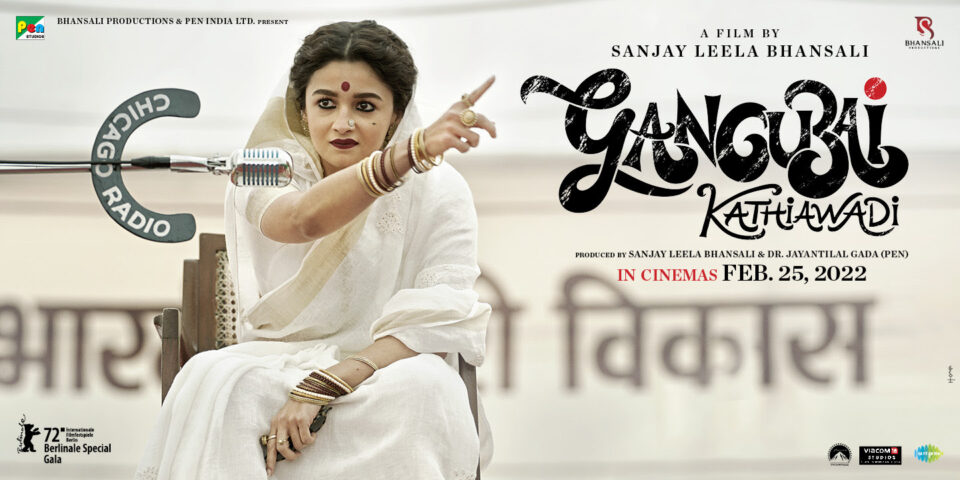 The film’s trailer boasts of Bhansali’s signature production design and his eye for aesthetics, and it features a prominent blue and grey tone that binds the narrative flow.

In addition, the films also makes use of vintage cars, era-specific costumes, impactful and punchy dialogues, and an engaging background score laced with the trombone and other wind instruments.

The film stars Alia in the titular role along with a talented cast that includes Vijay Raaz, Shantanu Maheshwari, Seema Bhargava Pahwa, Indira Tiwari and Varun Kapoor in supporting roles.

Ajay Devgn, Huma Qureshi and Emraan Hashmi will have cameos. Vijay Raaz, who is known for his impactful performances, looks all set to blow away the audience once again with his perfectly crafted performance as the keeper of the brothel.

The film narrates the story of Ganga Harjivandas, a simple girl from Kathiawad who gets sold into prostitution by her suitor. Overcoming a life of adversity, Ganga marks her own territory and becomes Gangubai, a madam in the red light area of Kamathipura.

Produced by Sanjay Leela Bhansali and Jayantilal Gada, ‘Gangubai Kathiawadi’ was selected for screening at the 72nd Berlin International Film Festival and is set to arrive in cinemas on February 25.