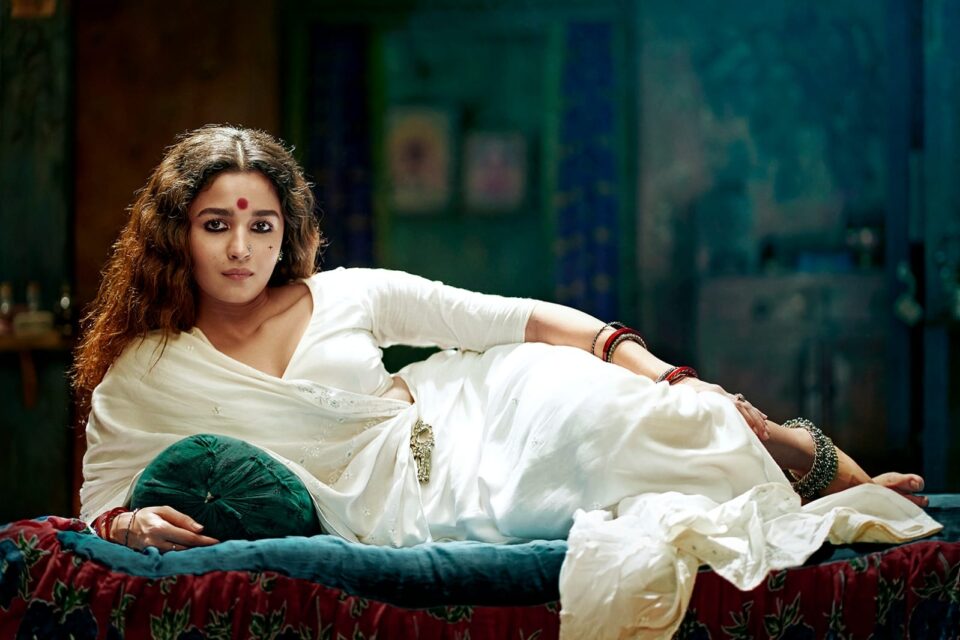 Auteur Sanjay Leela Bhansali’s latest oeuvre, ‘Gangubai Kathiawadi’ is based on the chapter, ‘The Matriarch of Kamatipura’ from the book ‘Mafia Queens of Mumbai – Stories of Women from the Ganglands’ authored by S. Hussain Zaidi and Jane Borges.

This is the compelling story of Ganga Harjivandas Kathiawadi, the daughter of a barrister from Kathiawar, who with stardust in her eyes, ran away from home to become an actress only to find herself sold in the brothel of Kamathipura, a neighborhood of Mumbai famous for flesh-trade. This film unravels Ganga’s journey from a brothel worker to an activist fighting for the rights of sex workers. In the film, Ganga calls herself “Ganga Jagjivandas Kathiawadi.”

While Ganga’s story is filled with pain and pathos, the narrative makes the film appear like a sunshine film that motivates. “Gangubai mahaan nahin thi, woh shaitan bhi nahi thi,” and despite this, Bhansali brilliantly manages to portray her as a larger-than-life character, and you empathize with her when she puts forth her point of view regarding the women of her tribe.

The film is loaded with admirable performances from its ace star cast.

The film is an outright Alia Bhatt’s canvas where she delivers a flawless performance showcasing a gamut of emotions and her dancing skills with aplomb. She steals the show on several counts, be it while speaking to her mother over the phone, or headbutting with Raziabai (Vijay Raaz) the eunuch who is standing for the local elections, or flirting with the apprentice tailor Afshan Razak (Shantanu Maheshwari), or dancing during the Navratri celebrations where she delivers complex steps to an intense song in a seamlessly one lengthy shot.

It is impossible to take your eyes off Ajay Devgn who, in a significantly minor role as the principled mafia don Rahimlala is intense and intimidating all at the same time. Seema Pahwa, who as Sheelamaasi, the madam of the brothel, is fascinating. Similarly, Vijay Raaz as the eunuch Raziabai is enthralling, and Shantanu Maheshwari as Gangubai’s love interest Afshan Razak is charming.

Unfortunately, Huma Qureshi in a stage performance is wasted.

This engaging biopic contains all the tropes of a typical SLB film. Bhansali astutely manages to put his inimitable stamp into every frame of the film, which appears like poetry on the screen, emotionally expressive and attractive. The screenplay is water-tight and engaging, keeping you riveted to the screen for over two and a half hours. The dialogues full of wit and hard-hitting messages are fresh and worth mentioning. Sample this, when Razia challenges Gangubai before the election campaign, Gangubai tells her, “Tuje kyon tevar dikhaongi mein tuje din main tare dikhaongi.”

Mounted with brilliant production qualities the film is visually captivating with well-etched characters, resplendent sets, and period costumes. While the timelines in the film are ambiguous and blurred, it nevertheless captures the period from the mid-1950s to the 1960s, with film posters from that era, prominent among them being ‘Mughal-e-Azam’ and ‘Chaudhvin Ka Chand.’

The music, as usual, is exceptional but a bit low-key compared to SBL’s previous films. Two songs cater to the Garba audience, and they are both fabulously choreographed and picturized.

Overall, ‘Gangubai Kathiawadi,’ is worth watching on the big screen.