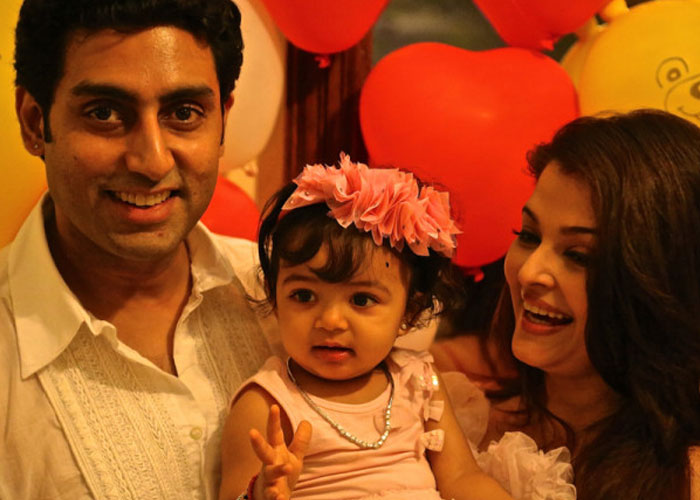 Aishwarya, who celebrated her 41st birthday earlier this month, had shared that she has plans for her daughter’s birthday.

Born in an influential family of the film industry, the three-year-old often travels with her famous parents.

She accompanied her mother to the prestigious Cannes International Film Festival this year. She was also spotted with the Bachchan clan in Jaipur to cheer for Pink Panthers, a Pro Kabaddi League franchise owned by her father.

Aaradhya’s father thanked his fans for wishing the little one.

“Thank you all for such wonderful wishes for Aaradhya. Truly means a lot. Thank you,” Abhishek tweeted Sunday.

The little one’s grandfather and megastar Amitabh Bachchan has also been receiving warm wishes from his fans. He has retweeted some of the posts of his fans.

No stereotypical Hollywood role for me: Shah Rukh Khan