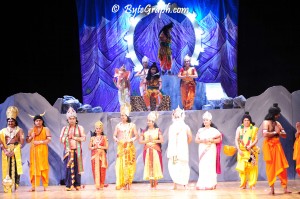 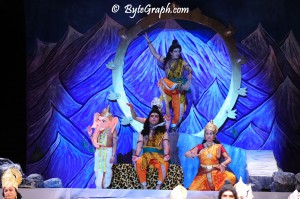 Followed by the lighting of the lamp, Shiva was ready to enthrall the crowd. Intricate, elaborate and extravagant in its presentation, “Shiva” showcased various tales associated to the deity at its flamboyant best. Starting with the genesis and origins of Shiva, the show described the formation of Ardha Naareshwara which garnered standing ovation from the audience. The show immersed the crowd in the Bhangiratha, Ganga story, with a brilliant backdrop and creative depiction of Shiva receiving Ganga in his matted locks to prevent earth from floods.  Perhaps the most narrated tale of all, the story of Ganesha, who he is and how he came into being Shiva and Parvati’s beloved son was also part of Shiva’s story.   The story of Bhasmasura, who, after obtaining a boon that whatever object he touches with his right hand will be immediately reduced to ashes, runs after Shiva to test the boon was weaved into the narrative. Lord Vishnu disguised as the ravishing Mohini, eventually tricking Bhasmasura into placing his hand on his own head was well received by the crowd. The story of Shiva guiding Adi Shankaracharya in guise of an untouchable, and the Ravana story, Gajasura tale, along with a memorable emulation of the divine Nandi enhanced the viewing experience. 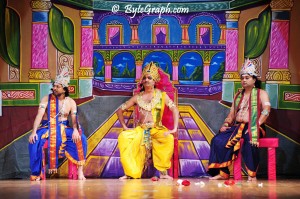 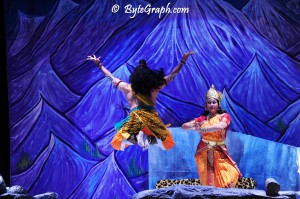 With a myriad of tales put together, “Shiva” essentially highlighted the significance of Lord Shiva tracing the story from its origins. The ostentatious stage, colorful costumes, an array of special effects and numerous acts, all part of the play stood testament to the effort that went into the making of the grand show. Chinmaya Mission Alpharetta – Chinmaya Gurukul aims to provide to individuals, from any background, the wisdom of Vedanta and the practical means of spiritual growth and happiness, enabling them to become positive contributors to society. They offer various activities for kids, youth and Vedanta forums for all age groups.