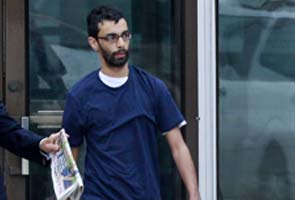 New Brunswick (New Jersey), Oct 28 (IANS) A former Indian student of a US public research university, whose gay roommate killed himself in 2010 after being captured in a sexual act on webcam, has pleaded guilty to attempted invasion of privacy.

The 24-year-old Dharun Ravi’s plea on Thursday, came after an appeals court in September threw out a 15-count conviction against him in the 2010 death of 18-year-old Tyler Clementi, USA Today reported.

New Jersey’s Superior Court Judge Glenn Berman sentenced Ravi to 30 days in jail – the time he has already spent in prison – after he was convicted of briefly spying on Clementi and a man known only as M.B., for a few seconds on September 19, 2010, at the Rutgers University.

By pleading guilty to the third-degree felony, Ravi accepted a deal with state prosecutors to drop all other charges after an appellate court threw out his conviction.

Ravi is a citizen of India living legally in the US. The plea that includes no additional penalties, officially ended the case involving Ravi.

Clementi, an accomplished violinist, leapt from the George Washington Bridge on September 22, 2010, days after Ravi, his freshman roommate, live-streamed him in the sexual act with the other man.

Clementi’s death had raised the issue of how young gay men are treated by the society. His parents, Joe and Jane Clementi, later founded the Tyler Clementi Foundation to combat online and offline bullying, harassment and humiliation.

In a statement issued after the hearing, Jane and Joe Clementi said they have learned a lot through the process of pleas, convictions, time served and appeals.

Prosecutors did not charge Ravi in the death of Clementi, who left no explanation for his suicide. But shortly before his death, Clementi learned that Ravi had spied on him with a webcam and used social media to encourage others to view his having sex with another man in the dorm room they shared.

In a Twitter message, Ravi said: “Roommate asked for the room till midnight. I went into molly’s room and turned on my webcam. I saw him making out with a dude. Yay.”

On Thursday in the court, Ravi kept his eyes on his cellphone. When asked by the judge if he had any statement to make before he was sentenced, Ravi responded, “I have nothing to say,” NYT reported.