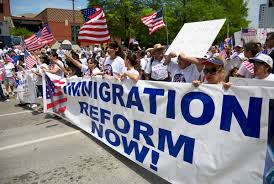 ” We are disappointed with the Court’s failure to act decisively today. The Court’s indecision leaves thousand of Georgia families in constant fear of deportation,” said Stephanie Cho, Executive Director of Asian Americans Advancing Justice – Atlanta. “We hope that Congress and the next President can work together to fix our broken immigration system and provide relief to these families.”

According to Javeria Jamill, Staff Attorney for Asian Americans Advancing Justice – Atlanta “Today’s decision only underscores the importance of having a ninth Justice on the Court. We urge the Senate to put aside partisan agendas and do its job so that such vital issues reach definite conclusions.”

The South Asian Bar Association of North America (SABA North America) also expressed profound disappointment in the 4-4 split. “The Supreme Court’s failure to reach a consensus will leave millions of undocumented individuals, including several hundred thousand South Asians, bereft of any immigration options and will ensure that they continue to operate as a part of our shadow economy,” said a SABA press release.
The evenly split Court affirmed the Fifth Circuit ruling that enjoined states from carrying out President Obama’s 2014 immigration-related executive actions, which would have provided temporary work authorization and relief from deportation to several million individuals, including several hundred thousand South Asian immigrants. These individuals – parents of U.S. citizens or legal permanent residents who have no criminal record and those who entered the United States as youth – would have qualified for these programs after demonstrating that they should be considered the lowest priority for deportation.
“As an organization committed to the South Asian community, we are intensely frustrated that the Supreme Court refused to validate these Executive Actions which would have served to legitimize thousands of individuals who are now forced to remain on the margins of society and, unlike millions of those before them, are denied the American Dream,” said SABA North America President Vichal Kumar.
Immigration Co-Chairs Kalpana Peddibhotla and Tejas Shah said, “This is a disappointing outcome that leaves over 4 million people uncertain about their future and keeps them in the shadows. The President’s approach was sensible and consistent with prior executive actions. This unsatisfying outcome underscores the importance and the urgent necessity for Congress to take up immigration reform.”

Texas led 26 states in challenging Obama’s decision to bypass the the Congress to launch the first phase of his immigration reform aimed at eventually allowing as many as 11 million people who are living here illegally to stay on.

The Supreme Court judges were deadlocked 4-4, and this allowed a federal appeal court ruling against Obama’s order on the parents of US-born children who get automatic citizenship.

Illegal immigration is a hot button issue in the presidential election campaign. Donald Trump, the likely Republican candidate, has called for expelling all illegal immigrants before allowing some of them back after a screening.

“This is a major setback to President Obama’s attempts to expand executive power, and a victory for those who believe in the separation of powers and the rule of law,” said Ken Paxton, the attorney general of the Republican-dominated Texas state.

Obama defended his executive decision at a news conference asserting that he was forced to take the action because the Republican-controlled Congress would not act on his immigration reform proposals.

The Pew Research Center has estimated that 450,000 Indians in the US are illegal immigrants.