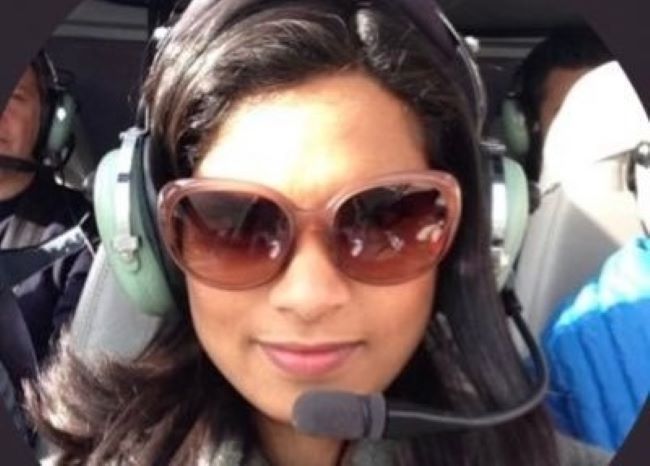 New York, Dec 3 (IANS) The Indian-American fired by Elon Musk as the head of Twitter’s legal affairs is at the centre of a censorship controversy following the disclosure of emails and internal communications showing her role in blocking on the social media outlet reports about President Joe Biden’s son Hunter.

Musk, who bought Twitter for $44 billion last month and promptly fired Chief Legal Officer Vijaya Gadde from her $17 million job, provided copies of the communications to journalist Matt Taibbi, who broke the story in a long series of tweets on Friday.

Based on the communications, Taibbi also made the disturbing disclosure that politicians from both parties could get Twitter to censor tweets.

Indian-American member of the House of Representatives Ro Khanna emerges as a hero of freedom of expression as he is shown to have advised Gadde against the censorship of the news reports by Rupert Murdoch-owned New York Post saying that while he was a “total partisan of Bidena he saw the action as a violation of the constitutional principle of free speech”.

He warned that the move “will invite more backlash than do good”.

Musk, who says he is for freedom of expression, had criticized Twitter alleging it was partisan and said that he would release the communications on the Post censorship.

He handed them over to Taibbi, an iconoclastic journalist who takes on both the left and the right and writes for Rolling Stones and has a podcast.

The episode showed how a small group of executives at a social media outlet with outsize power over political discourse can try to influence elections and politics.

Days before the 2020 elections, the Post had obtained through then-President Donald Trump’s lawyer Rudy Giuliani the contents of a computer that Biden’s son Hunter had abandoned at a repair shop and published stories based on its contents.

Some of the pictures in it showed Biden in lewd postures and what appeared to be involvement with drugs.

But more seriously, it also contained emails about Hunter Biden’s controversial business dealings in China and Ukraine that also raised questions if his father knew about them and if he had met some of those involved.

The executives, who operated without the knowledge of Jack Dorsey, the CEO of Twitter at that time, also banned White House Spokesperson Kayleigh McEnany from Twitter for tweeting about the story.

They took extraordinary action to block any mention of the story in posts or direct messages — restrictions which were similar to those against child pornography, Taibbi wrote.

While many media outlets had raised questions about the authenticity of the contents of the hard drive from Hunter Biden’s computer and Democrats suggested that it may have been a Russian plant to sway the elections, long after the polls The New York Times, Jeff Bezos-owned Washington Post and CBS authenticated large portions of the contents with the help of neutral computer forensics experts.

Taibbi wrote in his post called the “Twitter Files” that the censorship decision was “made at the highest levels of the company, but without the knowledge of CEO Jack Dorsey, with former head of legal, policy and trust Vijaya Gadde playing a key role”.

Dorsey later admitted in a tweet that the decision was “unacceptable”.

“Our communication around our actions on the @nypost article was not great. And blocking URL sharing via tweet or DM (direct message) with zero context as to why we’re blocking: unacceptablea, his tweet said.

Internal communications quoted by Taibbi show that some executives and employees within the company had questioned the decision.

Taibbi wrote, “Khanna was the only Democratic official I could find in the files who expressed concern” over the censorship.

Khanna’s email to Gadde, which he did not want shared, pushed back against the notion that Twitter was censoring it because the material in thePost story may have been hacked.

“A journalist should not be held accountable for the illegal action of the source unless they aided the hack,” he wrote.

“To restrict the distribution of that material, especially regarding a Presidential candidate seems not in keeping with the principle of NYT vs Sullivan,” he wrote citing a landmark Supreme Court decision in favour of the New York Times.

It has formed the bedrock of press freedom in the US upholding media rights to publish even false statements about public figures as long as it was not done with malice.

The First Amendment rights do not apply to private companies like Twitter or Meta in strict legal terms, but the principles behind them and the Supreme Court decision are often invoked generally given the overwhelming influence of social media.

Khanna, who belongs to the progressive left-wing of the Democratic Party, added, “I say this as a total Biden partisan and convinced he didn’t do anything wrong. But the story now has become about censorship than relatively innocuous emails and it’s become a bigger deal than it would have been.”

In a disturbing disclosure, Taibbi confirms what has been long suspected writing that tools for combatting spam and financial fraud morphed into political instruments to ban free speech.

“Celebrities and unknowns alike could be removed or reviewed at the behest of a political party” and “both parties had access to these tools”, he wrote.

“For instance, in 2020, requests from both the Trump White House and the Biden campaign were received and honoured,” according to Taibbi.

But he added, “This system wasn’t balanced. It was based on contacts. Because Twitter was and is overwhelmingly staffed by people of one political orientation, there were more channels, more ways to complain, open to the left (well, Democrats) than the right.”

Gadde, who has said she was against hate speech, has been controversial in India after a photograph of Dorsey showed him holding a poster that said, “Smash Brahminical patriarchy”, with her and activists in India in 2018.