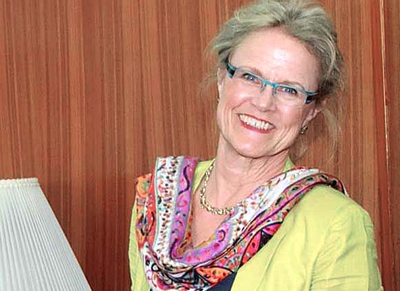 Raphel was a senior adviser on Pakistan for the office of the special representative on Afghanistan and Pakistan at the time of the raid.

In that job, she was chiefly responsible for administering non-military aid such as US economic grants and incentives, according to The Washington Post which first reported the story.

It was unclear, however, whether the inquiry was related to her work on Pakistan, CNN said.

Raphel, who was appointed the first assistant secretary of state for South Asia in 1993 by then president Bill Clinton, was widely perceived as hostile to India.

She was seen as hostile to India, particularly for her alleged lobbying for separatists in Jammu and Kashmir when she was stationed in New Delhi.

“Raphel also sided with Sikh separatists and persuaded Clinton to stand with them in disputes with New Delhi. She was seen in New Delhi as a catalyst for Washington ‘trafficking with India’s enemies’,” the portal said citing a Los Angeles Times report published in 1994.

As part of the investigation, Raphel’s State Department office was searched and sealed, CNN reported citing three US government officials.

Two US officials cited by the Post described the investigation as a counter-intelligence matter, which typically involves allegations of spying on behalf of foreign governments.

The exact nature of the investigation involving Raphel remains unclear. She has not been charged, it said.

A spokesman for Raphel cited by the Post said she was cooperating with investigators but has not been told the “scope or nature or that she is the target” of any probe.

The Post said US officials acknowledged that the FBI conducted a search at Raphel’s home Oct 21 but would not provide details of the search.

Agents removed bags and boxes from the home but it was not clear what was seized there or at her office, it said.

The 67-year-old long-time diplomat began her government career as a CIA analyst, according to a State Department biography.

She served 30 years in the Foreign Service and retired from the State Department in 2005, but returned in 2009 to work as an adviser.

The Shaukeens- Basu Chatterjee would smile at it