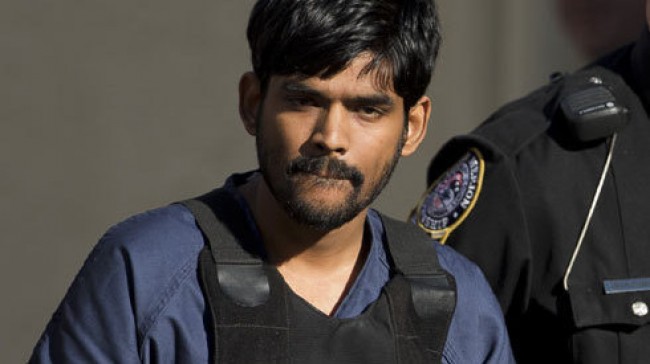 Atlanta, GA, January 16, 2018: The execution date of Raghunandan Yandamuri, 32, the first death-row Indian-American prisoner, who is convicted of killing a baby and her Indian grandmother has been set for February 23, according to media reports. However, he is likely to get a reprieve because of a 2015 moratorium on death penalty by Pennsylvania Governor Tom Wolf.

Yandamuri was given the death penalty in 2014 for kidnapping and killing a 61-year-old elderly Indian woman and her 10-month-old grand-daughter in a botched kidnapping-for-ransom plot.

“The law provides that when the governor does not sign a warrant of execution within the specified time period, the secretary of corrections has 30 days within which to issue a notice of execution,” Pennsylvania Department of Corrections said in a press release.

According to the report, Wolf imposed a moratorium on the death penalty in 2015. State officials are awaiting the results of a study conducted by the Pennsylvania Task Force and Advisory Committee on Capital Punishment, before moving forward with any executions.

Pennsylvania has not seen any executions in the last nearly 20 years. Since 1976, three persons have been executed in the States between 1995 and 1999.

A native of Andhra Pradesh, Yandamuri had come to the US on a H-1B visa. He has an advanced degree in electrical and computer science engineering. Following his conviction, he asked that death penalty be imposed upon him. Later he appealed his sentence, but lost his appeal last April, reports PTI.

Yandamuri was found guilty of first degree murder, kidnapping, burglary and abuse of a corpse in the deaths of 10-month-old baby Saanvi and her grandmother Satyavathi, 61, in Upper Merion, PA in 2012.

Raghu told the police that Saanvi began to cry and he stuffed a handkerchief in her mouth to make her stop crying and placed a bath towel around her head to hold the handkerchief in place. “He then put her inside a blue suitcase he found in the bedroom, he took jewellery he found in the apartment and placed that in the suitcase with Saanvi, he then left the apartment and abandoned Saanvi’s body hidden in the steam room, of the mens bathroom, of the gymnasium located inside marquis Apartment Building,” the affidavit said.

“Raghu then dumped the knife, some of his clothes and the blue suitcase in a dumpster in another part of the Upper MerionTownship, he disposed some of the stolen jewelry in the Schuylkill river and said he left some at this place of employment,” the police said. The authorities had also announced $ 50,000 reward for information leading to the safe return of the toddler.

The police, in its affidavit, said that Yandamuri told the detectives at the end of his interrogation to tell the media that his wife turned in him so that she could get the $ 50,000 award announced by the police and Telugu community for information leading to Saanvi.