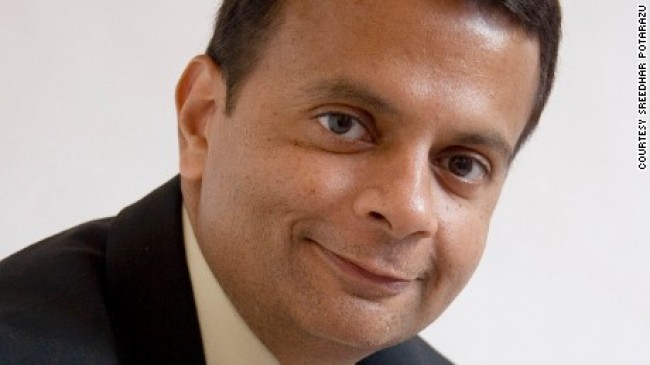 Washington, July 21 (IANS) An Indian-American doctor-cum-entrepreneur was sentenced to nearly 10 years in prison for defrauding his former company’s shareholders of more than $49 million.

Sreedhar Potarazu, 51, an ophthalmic surgeon licensed in Maryland and Virginia, founded VitalSpring Technologies Inc in 2000 and was its CEO and President and served on its Board of Directors, the US Department of Justice said on its website.

Prosecutors said Potarazu provided materially false and misleading information to VitalSpring’s shareholders to induce more than $49 million in capital investments in the company.

Potarazu was remanded in custody on Wednesday and will have to forfeit several homes, vehicles and bank accounts.

He presented the company as financially successful and on the brink of being sold, quoting major profits when in reality he failed to account for and pay over more than $7.5 million in employment taxes to the Internal Revenue Service.

Potarazu went to the extent of employing someone to act as a buyer to make shareholders believe his company was doing way better than it actually was, according to investigators.

“Like a director employing actors and props on a stage, Sreedhar Potarazu arranged for an imposter to pose as a buyer, provided a link to a bogus website and supplied fraudulent balance sheets, phony bank statements and false tax returns to convince VitalSpring investors and potential buyers that the company was financially healthy and up-to-date on its taxes,” said Acting Deputy Assistant Attorney General Goldberg.

In addition to the term of prison imposed, US District Court Judge Gerald Bruce Lee ordered Potarazu to serve three years of supervised release and to pay $49,511,169 in restitution to the shareholders and $7,691,071 to the IRS.