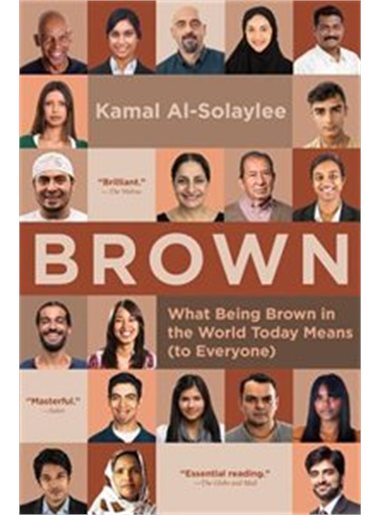 All our social development and our technological advancements don’t seem enough to eradicate our long-persisting atavistic sense of difference based on appearance, which though long-suppressed is now emerging free from its restraints — as proved by the recent intemperate comments by US President Donald Trump on immigrants from a certain set of countries.a

Trump’s thinking, as seen in his off-the-cuff remarks, underscore that the questionable classification of race, expressed by the obviously evident and inescapable feature of a person’s skin, is well alive — and extends beyond the white-black binary. What about the yellow, or rather, the (as necessary for global economy but far more exploited) brown?

Trump is only one leading manifestation of the malaise facing brown people — which include West Asians, Latin Americans, North Africans, and South and Southeast Asians — and far beyond the West too or from the “Whites”, says Yemeni-origin, Egypt-bred, Canadian journalist-turned-academician Al Solaylee in this book.

Trump’s victory “largely (but not exclusively)” rode on demonising Mexicans, galvanising sentiment against Muslims and championing white nationalism, the vote for Brexit was mostly pioneered by those with a restrictive view of Englishness, the record of Canada under Stephen Harper’s Conservatives — all these are obscure racial conflicts brewing in the US and Europe for decades now.

“Examine these tensions closely and you’ll find a strong anti-brown sentiment at the core,” says Al Solaylee as he traces the response to, as well as the experiences of, the residents of Global South, who are forced to migrate to — and much needed in — the Developed North for various reasons, not least of which is the latter’s colonial record.

“Brown as the colour of cheap labour continues on a global scale… brown bodies undertake the work that white and older immigrant Americans refuse to do (and that black slaves were forced to do in previous centuries). These are low-skill, labour-intensive jobs in unforgiving climates,” he says, but also that these are not limited to the Western nations but also in the more affluent parts of Asia itself too.

“This is now our destiny as brown people. Our labour is needed, but citizenship is denied; our presence as Muslims or religious minorities is offered as an example of the tolerant, diverse societies in which we live, but we continue to be feared,” says Al Solaylee.

And there is no difference whether this is deliberate or mistaken as he goes to cite the cases of the racist slurs on Sikh volunteers feeding the homeless in Manchester in the wake of the May 2017 terror attack, or the fatal shooting of Indian techie Srinivas Kuchibhotla in the US in February 2017 by an American who thought he and his friend were Iranians and screaming at them to “get out of his country”.

Al Solaylee contends we think of brown as a “continuum, a grouping — a metaphor, even — for the millions of darker-skinned people who, in broad historical terms, have missed out on the economic and political gains of the post-mobility, equality and freedom”. They are now living, he says, among former colonial masters where they are “transforming themselves from nameless individuals with swarthy skins into neighbours, co-workers and friends”.

And it is their story he tells — both in their homes from the Philippines to Sri Lanka and workplaces from Hong Kong to the Gulf as well as Western Europe and North America.

Al Solaylee, however, starts with first recounting his own childhood experience on learning he is brown after seeing a English movie featuring a white child and coming to terms with “brownnes”” in his journeys around the world and interactions with other browns (fairness creams figure largely as well as the concern that he settle down) as well as brown’s significance in nature and culture.

He then takes up the human obsession with race, despite the concept being debunked, except in politics before his exploration of the experiences and consequences of being brown around the world.

A stirring travelogue, incisive social and political comment and a passionate cry to rise above unavoidable consequences of geography and genes, this invaluable work rises in importance beyond its subject to be a seminal guide to the world today — and what it will soon be — particularly the US.