The word dupatta is a combination of du- meaning two and patta, meaning strip of cloth. Early evidence of the dupatta can be traced to the Indus valley civilization, where the sculpture of the priest king’s left shoulder is covered with some kind of a chaddar.
Dupatta is worn in many regional styles across south Asia. Originally it was worn as a symbol of modesty. When entering a temple, mosque, dargah, church, or gurdwara, women to cover their head with a dupatta.
While symbolism still continues, many today wear it as just a decorative accessory. There is no single way of wearing the dupatta, and as time evolves and fashion modernizes, the style of the dupatta is also evolving. 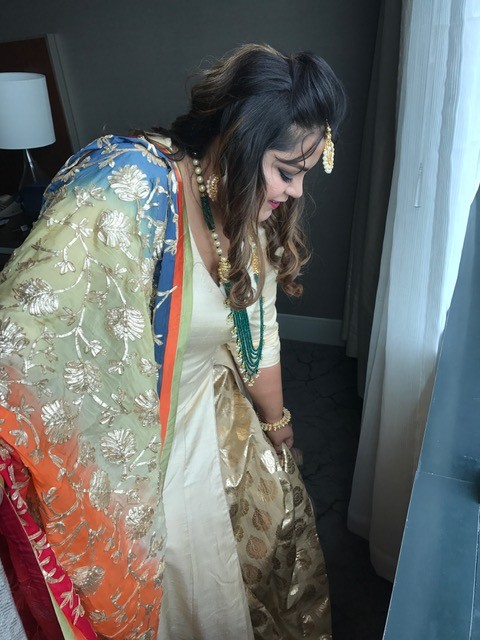 A dupatta is traditionally worn across both shoulders and around the head. However, the dupatta can be worn like a cape around the entire torso. The material for the dupatta varies according to the suit. When the dupatta is worn with the salwar -kameez, it is casually allowed to flow down the front and back in current fashion.
Another recent trend is the short dupatta, which is more a scarf or a stole, often worn with kurtas and indo-western clothing. Essentially the dupatta is often treated as an accessory in current urban fashion.
Dupatta styles differ in each Indian state, notably Rajasthan, Gujarat, Madhya Pradesh, Uttar Pradesh, Bihar, Haryana, Punjab, Himachal Pradesh, Uttarakhand and Jammu & Kashmir. All states represent their own fabric, texture, weaves, styles and workmanship. The dupattas are made of a number of fabrics such as silk, cotton, khadi, georgette, crepe, net, satin, brocade and chiffon. 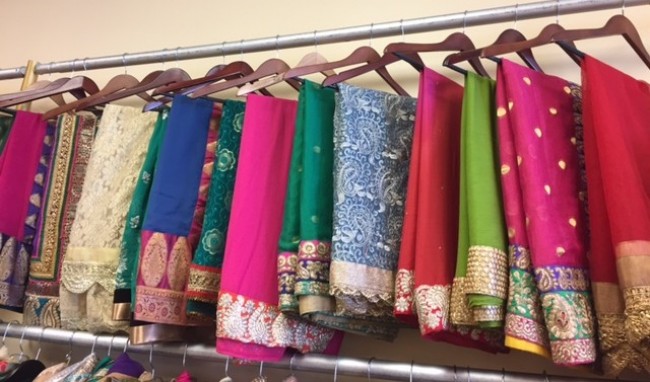 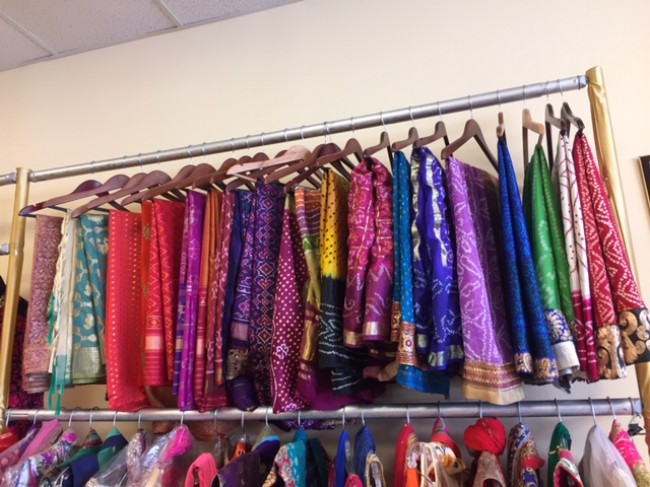 In recent times the trend of dupattas for men, worn over the kurta or sherwani, has become very popular.
previous post

Anjali Chhabria: Girl on the run