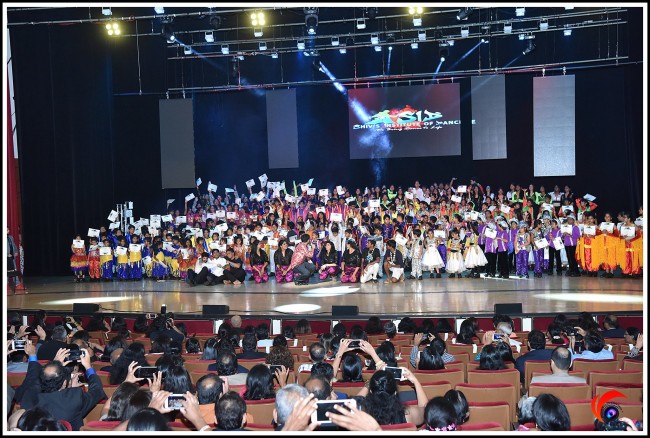 Atlanta, GA, August 1, 2017: Shiv’s Institute of Dance presented Sensation 2017, a biennial event that showcases its students’ performances, at the Atlanta Symphony Hall on Sunday May 28th.  Designed and choreographed by its founder, Shiva Turlapati and his team, well over 300 students of the institute, with ages as young as four, danced the night away as the packed Symphony Hall resonated to Bollywood beats.

Anchors for the evening, Monty Kataria and Rajvee Mehta engaged the audience with humor and vigor, in equal measure. Kataria, a journalist, entertainer, and media personality by profession was at his wittiest best. Mehta serves as an assistant choreographer at SID.  Consul D.V. Singh and Narender Reddy presided as chief guests of the event.

A large-scale creation with many performers, Sensation 2017 was the result of a highly collaborative effort of the organizers. The production involved 700 pairs of costumes, 30 member hair and make-up crew, around 80 senior SID student volunteers, custom graphics, 5 layered led walls, and moving heads to add special effects.

“Sensation is a signature event of SID which happens every 2 years so we make sure it has the grandeur and performances that raise the bar each time we do it! Finally it was a grand success with the help of our parents, sponsors, volunteers and of course our rock star performers!” said a beaming Turlapati.

Opening act, Showstopper Ganapathi depicted the history and story of Ganapathi.  In the Showstopper Netflix News Station act, performers traced various ways of pursuing a girl, with references to Bollywood heroes Rajesh Khanna, Amitabh Bachchan, Shah Rukh Khan and Ranveer Singh. Showstopper Baar Baar Hota Hain, a Reincarnation interpretation, presented a comical take on Kuch Kuch Hota Hain with the title theme blended with shades of jealousy. Showstopper Cinderella and the Beast added an interesting twist in combining the two classics, Cinderella and Beauty and the Beast. The last Showstopper picked up the sensitive topic of rape and its sudden impact on a girl who was leading a normal life up until the point it changed forever. 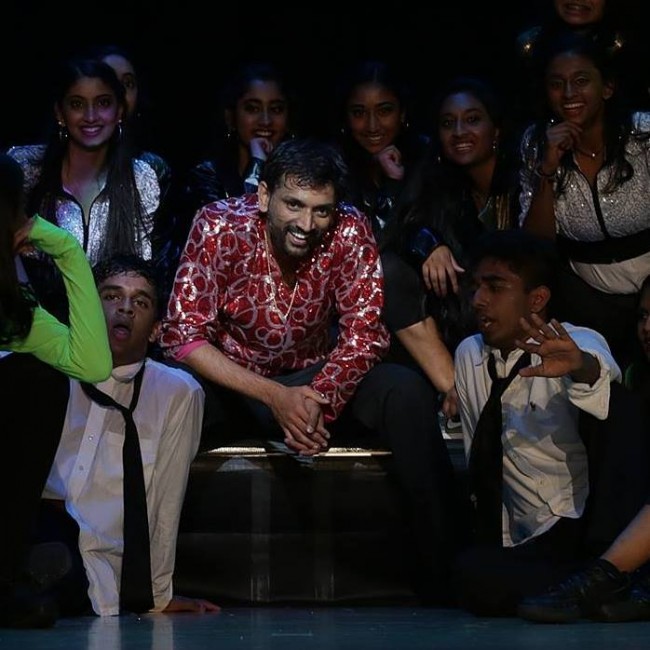 Several other performances with an array of themes presented dance in various forms. The grand finale, featuring Turlapti wrapped up the evening with a bang. The décor, life size cutouts of popular movie stars, Bollywood and Hollywood including the cutout of current favorite, Bahubali fame, Prabhas drew the crowd to pose for pictures and create a memorabilia from the event.

“We re passionate like every other dance studio!” Says Turlapati. But he believes what sets them apart and makes them unique is the blend of instructors’ team who come from different dance forms.

“These instructors have allowed us to bring so much variety in the course of time. We fondly say ” we bring dance to life” which also happens to be SID’s caption!” He added.