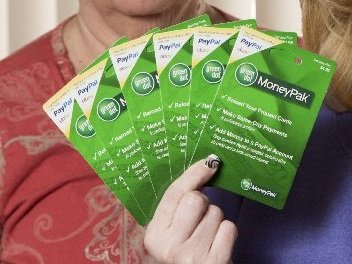 Newark, Oct 30 (IANS) Two Indian Americans have been charged with conspiring to extort victims to load prepaid debit cards with funds that were stolen as part of a scam running into over $5.8 million.

The pair – who are not related – face a maximum potential penalty of 20 years and over $250,000 in fines on charges of conspiracy to wire fraud.

According to the prosecution, from September 2013 through March 2014, the two were part of a conspiracy to steal money using reloadable debit cards.

First, the conspirators, some of whom were located in India, would purchase reloadable Green Dot Cards, and register them in names other than their own, it was alleged.

They then contacted victims by phone and used threats or deceit to induce them to put money on MoneyPak cards, which are used along with assigned PIN codes to add funds to Green Dot Cards, the complaint said.

The conspirators then used the reloadable cards to purchase money orders that were deposited into bank accounts.

“All of the steps were taken quickly so law enforcement and victims could not identify the conspirators or prevent or reverse the fraudulent transfers,” the prosecution alleged.

In one case, a New Jersey retail store received a call Sep 10, 2013 that said there was a bomb in the store and demanded the manager load ten $500 MoneyPak cards within five minutes and provide the caller with the associated PIN codes.

The manager had provided the code for one card before law enforcement arrived at the store, instructed the manager to hang up the phone, and evacuated the building.

The $500 associated with that code was transferred to an existing prepaid reloadable Green Dot Card. Surveillance video showed Alpeshkumar Patel in the Philadelphia CVS where the Green Dot Card was bought.

That card was then used by Vijaykumar Patel, who was caught on video purchasing two money orders in a Philadelphia Wal Mart. The money orders, in turn, were used to deposit funds into a bank account.

Phone numbers and IP addresses associated with the Sep 10, 2013, call and other calls tied to the conspiracy were tied to approximately 2,500 Green Dot Cards that were funded in excess of $5.8 million, the authorities said.