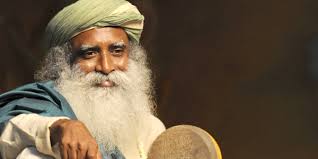 Chicago, Oct 16 (IANS) It could have been a loaded question for a mystic had it come from a journalist. But the impossibly earnest questioner was a spiritual aspirant who sought Sadhguru Jaggi Vasudevs answer as to what Americans could do to navigate the racially divisive and hate-filled politics of one of the most contentious presidential elections in American history.

Sadhguru demurred, and said that the question would lead him into a political morass. But then he got straight to the heart of the matter as he saw it.

“The problem is that today (in the US) you have a committed vote, not a considered vote,” he said, referring to a Tamil proverb which spoke of the dilemma of choosing between a good man or a capable one as a king.

This committed voter who sticks to a political party no matter what has led, Sadhguru said, to the creation of two tribes (Democrats and Republicans). “Many vote for a party because their fathers and grandfathers did so. You have to remember that you are electing not a leader, but your representative who you expect to fulfil your aspirations.”

He told the audience on Friday night to recognize the potential of the democratic process. “In the past, if power had to shift, blood had to flow,” he said and added “but if democracy is to function as it should, it needs the considered vote.”

“All these years,” Sadhguru said, “Indians have watched the American elections with great interest. Now we watch with great amusement.”

Urging Americans to set the agenda for the government, Sadhguru said, “Through social media you can inform the candidates before the next (presidential) debate to invest in well-being, not in opening a new theatre of war. This is the time. We are not fighting with sticks and swords. With the weapons at our disposal today, nobody can win.”

“Instead of sending 150,000 soldiers or spending a trillion dollars, you can send doctors and engineers to these countries. The investment will be one-tenth of what the government is spending on war. And the world will be yours anyway.”

“The time has come,” Sadhguru said, “for us to realise that the days of conquest are over. This is the time to change the language from war to well-being. You (the voters) must demand that this is what you want.”

There was a brief moment of silence before the packed hall erupted in a standing ovation.

Sadhguru spoke at the Chicago Symphony Orchestra Centre in downtown Chicago to a diverse, and very receptive, audience.

Caucasians appeared impressed by Sadhguru’s simplicity and directness, while many South Asians said they could not but help recall Swami Vivekananda, who had spoken at the site of the Art Institute of Chicago, barely a stone’s throw away, in September 1893.

Chicago’s reception to the two mystics has been dramatically different. Swami Vivekananda spent a night shivering in an empty wagon in a city rail yard, before a good Samaritan took him in.

He was also the butt of ridicule with some local residents pulling at his turban as he walked on the city streets. In contrast, an affectionate, even reverential, welcome awaited Sadhguru. His photographs, complete with turban, were put up all over the prestigious Chicago Symphony Orchestra Centre.

US Congressman Danny K. Davis was on hand to welcome him, along with the Indian-American president of Oak Brook, an affluent Chicago suburb.

Sadhguru was on a month-long tour of the US with speaking assignments in Boston, New York, Florida, Washington, Texas, California, Seattle, Harvard and Yale, besides Chicago.

His latest book, “Inner engineering: a yogi’s guide to joy” has been on the Washington Post and New York Times best seller list.

In the US, he has rapidly become the best known face of Indian mysticism, and in the estimation of many, the rock star of eastern mystics.

At the Chicago event, many in the audience could be seen standing up and doing ‘pranam’ as he entered the auditorium. The fact that the next day was a workday did not seem to deter others who stood in line at 10 pm to get Sadhguru’s book signed by him.

The audience heard the Sadhguru with rapt attention as he spoke of the need to liberate one’s internal happiness from external stimuli.

“Our generation has the comforts which our ancestors could not even have dreamed of,” he said, “But are we any happier-that is a debatable question. Today in the US, over 70 per cent of the population is on prescription medication. Another 30 per cent get it off the back street. It is no way to live.”

One needs to transcend the five physical senses which are focused outward, and turn inwards, he said.

“No one, neither your parents, nor your spouse, nor your children nor your colleagues will behave exactly the way you want them to. So instead, focus on controlling what you can-your inner self,” he said.