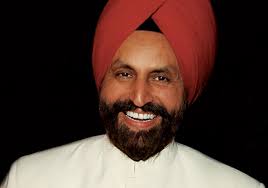 New York mayor Bill de Blasio’s campaign said Friday it will return more than $15,000 in cash raised by Chatwal, who served on the host committee of at least one of de Blasio’s fund-raisers and bundling thousands of dollars on his behalf, New York Observer reported citing records.

“Yes, we are returning all funds given or raised by Mr. Chatwal,” Jonathan Rosen, who worked for Mr. de Blasio’s campaign, told the Observer via email.

Chatwal, 70, pleaded guilty Thursday in Brooklyn federal court to using straw donors to make more than $180,000 in illegal campaign contributions to three unnamed candidates. Court papers don’t identify the recipients of Chatwal’s illegal largesse by name, but indicate it dated back at least to 2007.

But influential Washington news site Politico cited a source familiar with the investigation as saying the unlawful donations were delivered to Clinton’s 2008 campaign, as well as to House member Kendrick Meek’s 2010 Senate campaign in Florida and to a campaign by former Senator Chris Dodd, who served as head of the Senate India Caucus.

A Justice Department press release said: “There is no allegation that the candidates participated in, or were aware of Chatwal’s scheme.”

Chatwal was a major figure among well-heeled Indian-Americans who support Democrats.

In the 1990s, Chatwal – then known as the founder of the popular Bombay Palace chain of restaurants in New York – filed for personal bankruptcy and became enmeshed in a dispute over whether he was hiding his assets, the news site reported.

In 2007, Chatwal pledged that he and other Indian-Americans would raise $5 million for Clinton’s presidential campaign.

He organized a fundraiser that year that was billed to include appearances by two celebrity businessmen from India, neither of whom could legally donate at the fundraiser they were set to headline, Politico said.

An adviser to McAuliffe’s political action committee said Thursday that the governor will donate $4,300 to a nonprofit that provides free health care to the poor. Chatwal gave to McAuliffe’s 2013 gubernatorial campaign.

A spokesman for Warner said the $1,000 Chatwal gave to Warner’s campaign in 2012 will be donated to charity.

In a statement, cited by New York Observer a spokesperson for Chatwal said, “Mr. Chatwal deeply regrets his actions and accepts full responsibility for the consequences. He looks forward to resolving this personal matter.”