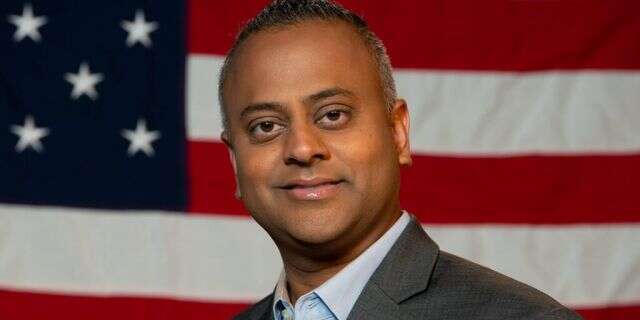 Washington, May 26 (IANS) Indian-American Rik Mehta, the frontrunner to take on Democrat New Jersey Senator Cory Booker this year, recently launched his “Made in America” medicines campaign that will require companies to disclose the country of origin of their prescription drugs, a media report said.

Americans have a right to know where their medicine comes from especially when nearly all other products are labelled with the country it was made in,” India-West news on Monday quoted Mehta, the Republican Senate candidate, as saying in a release.

“Americans have a right to know whether their medicine was ‘Made in America’ or ‘Made in China’ and should be labelled as such.”

Currently, the US Food and Drug Administration (FDA) does not require a drug’s label to include the country where the ingredients originated from to make the drug.

The Indian-American candidate pointed out that, currently, if the majority of the ingredients that go into making a drug come from China, but a secondary step was taken to mix or package the drug in another country, then the country where it was mixed or packaged (or in some cases the principal place of business), could be placed on the label even though China was the source of the ingredients.

“These bizarre and conflicting laws and regulations that govern how to label products with their country of origin has allowed companies to profit from foreign drug manufacturing while hiding their supply chain from the American people for too long,” said Mehta.

“Under my ‘Made in America’ medicines plan, we will bring thousands of manufacturing jobs back to America, provide transparency in the medical supply chain, reduce the price of our prescription drugs and more importantly save lives,” he added.

US offers to mediate between China, India on border row