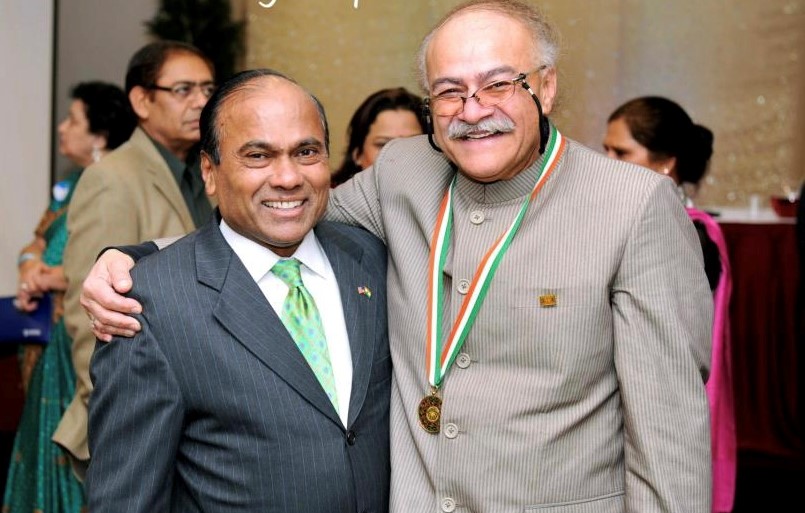 Atlanta, GA, June 9, 2022: In a politically polarized era, where partisanship continues to be the dividing line in the American public’s political attitudes, surpassing differences by age, race and ethnicity, gender, educational attainment, and even religious affiliations to an extent, the endorsement of Republican party State House candidate, Narender Reddy, by community leader and founder of Gandhi Foundation, Subash Razdan, comes in a June surprise, unlike any other.

“Narender, is an honest, pragmatic, selfless volunteer and Republican party leader with hopeful insight into our (mainstream and Indo American) community’s problems and needs, and his willingness to examine the issues and listen closely to the public’s questions and concerns, sets him far apart from the other candidates and so I am, even though a registered Democrat, writing today to express my support for his campaign and my intention to appeal to his constituents (both Democrats and Republicans) to vote for him in the upcoming elections and also to spread word to others of the value of his policies and abilities. All the more relevant and critical for our own community. The Indian American community, with more than quarter million in metro Atlanta, have no representation in the State Legislature as of yet! Worth pondering!

“Narender’s well-known commitment to accountability will promote an atmosphere of openness in the success of governance! I Over the years of acquaintance with him, I have acquired respect and admiration for his generosity, intelligence, and dedication to a good cause. I humbly request you to set aside your political party affiliations and vote for Narender Reddy for State House District 50 in the Republican Primary Runoff election on June 21.”

“With proud enthusiasm, I support his candidacy for the runoff as I sincerely am hoping for his victory!” Razdan writes about his long-time friend.

Razdan and Reddy have always been on opposite sides of the political spectrum and even debated on a media platform in defense of their presidential candidates Bill Clinton and George Bush Sr, back in 1992. “The flurry of debates between the two were nationwide. Wherever, they could not be physically present, the DNC (Democratic) and RNC (Republican) arranged their own mini debates with surrogate debaters from their respective parties and corresponding regions,” Razdan recalls.

In one of the televised debates the two ghost debaters chosen were Narender Reddy (RNC-Bush) and Subash Razdan (DNC-Clinton). And in the “high drama,” that ensued, Razdan says Reddy spared no punches in defending the prescribed manifesto of George Bush and he “naturally reciprocated, returning the favor”. The majority at the time, Razdan says believed the debate was a tie, but some felt Reddy won that debate. “I got my sweet victory, when Bill Clinton won the real elections to be installed as US President in 1993!” Razdan remarked.

Given the political history, why endorse Reddy now? “Over these past weeks, the public and I have had the opportunity to observe and evaluate the perspectives and agendas of the various candidates in the upcoming Georgia elections of 2022. Narender, running for Ga House District 50 (including John’s Creek), had a great showing but could not register a clear cut win. He, nevertheless, succeeded to be in the runoff! That is wonderful news for our Indian American community as he now has two more hurdles to cross- but first his own Republican primary runoff on June 21 with early voting from June 11-17,” Razdan observed.

Narender Reddy had also highlighted the lack of representation of Indian Americans in the State Legislature as well national levels in his exclusive with NRI Pulse earlier this year. Reddy had also described how a few of his longtime friends had turned away owing to the political divide. Subash Razdan is an Indian American leader at the State & National level and Recipient of Pravasi Bharathiya Samman Award (PBSA) 2013 and Ellis Island Medal of Honor, USA-2003, amongst several others.