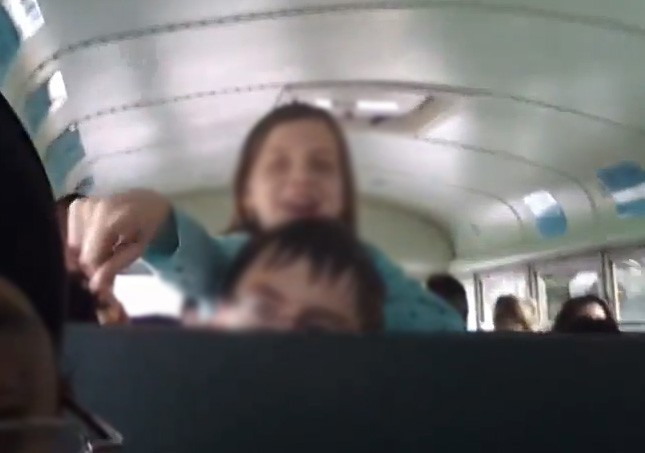 Atlanta, GA: Gwinnett County Schools and Duluth Middle School have taken disciplinary action after a shocking video of a bunch of school kids bullying a Sikh boy in Duluth was uploaded on YouTube and went viral. District spokeswoman Sloan Roach did not provide details of the “disciplinary action”.

“The school was informed of the incident on Monday, March 3, and became aware of the video,” said Roach, in an email statement sent to NRI Pulse Thursday afternoon. “The school immediately began an investigation into the matter. In talking to the students on the bus, school leaders were able to determine that there had been a series of back-and-forth name-calling incidents that had occurred between students. The school has concluded its investigation and has taken appropriate disciplinary action with the students who were involved.”

“I’m disappointed in the decision,” said Japjee Singh, a friend of the family and an activist at the Sikh Coalition. “They are not calling it bullying, though the video explicitly shows that the students are. GCS is not admitting their fault and the negligence of the child by the driver. I will escalate this to the Georgia Board of Education and the Department of Justice.”

The video, which was originally uploaded by the Sikh boy, a student of Duluth Middle School,  has been now made private. The video that is now going viral has been downloaded and re-uploaded by another user.

In the video, Harsukh remains very calm and composed, even as his schoolmates continue taunting him.

At one point though, he does abuse them.

One of the kids is also heard threatening Harsukh when he figures that their act is being recorded. A girl on the bus is seen yelling “Terrorist! Terrorist!” at the boy.

The uploader claims that Harsukh had initially uploaded the video with the following description: “Kids being racist to me and calling me an Afghan terrorist. Please don’t act like this towards people like me. If you don’t know, I’m not Muslim, I’m Sikh.”