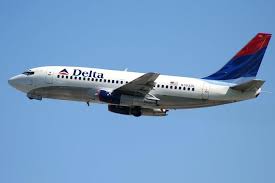 UPDATE: Delta said that systems were back online by 8:40 a.m. ET, but warned disruptions would continue amid a “limited” resumption of departures.

“Customers heading to the airport should expect delays and cancellations,” Delta warned. “While inquiries are high and wait times are long, our customer service agents are doing everything they can to assist.”
————————————————————

Washington, Aug 8 (IANS) American airline company Delta on Monday said all its flights were grounded because of a global computer system outage.

“Our systems are down everywhere,” the airlines tweeted in response to disgruntled customers.

“Hopefully, it won’t be much longer,” CNN quoted the airlines as saying.

Passengers on Twitter reported problems — including the inability to check in or being stuck on the tarmac — from airports around the world, including San Francisco and Athens.

Delta serves nearly 180 million customers a year, employing over 80,000 personnel, according to its website, the BBC said.

It has its headquarters at Atlanta, in Georgia state of the US, and began in the 1920s as a crop-dusting company.