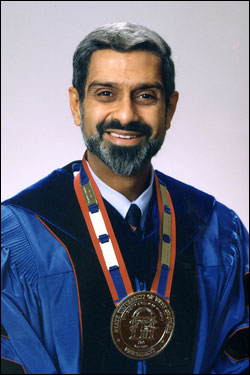 New York, July 5 (IANS) Four India-born Americans were recognised for their contributions to the US along with 36 other people in the annual Great Immigrants tribute in New York on the American independence day.

The July 4 event was sponsored by the Carnegie Corporation, a foundation started by Andrew Carnegie, a Scottish immigrant who spearheaded the expansion of the American steel industry in the late 19th century – in 1911 to honour immigrants’ contributions.

Sethna was born in India in 1948 and served as the sixth president of the University of West Georgia – the first Indian-American to lead a university in the US.

Born in Mumbai in 1966, Mandvi moved with his family first to Britain, before moving to the US when he was 16. He found fame as a correspondent on “The Daily Show”, where he was known for his satire on issues including the Middle East and South Asia.

Born in Hyderabad, Nadella studied electronics and communication engineering at the Manipal Institute of Technology in India before heading to the US in the 1980s.

Suresh, who is an engineer and scientist, was born in Chennai and moved to the US to work on a postgraduate science degree, graduating in 1979. He is the ninth president of the Carnegie Mellon University.

From 2010 to 2013, he served as director of the National Science Foundation. Appointed by US President Barack Obama, he led the federal science agency in its mission to advance the fields of science and engineering research.