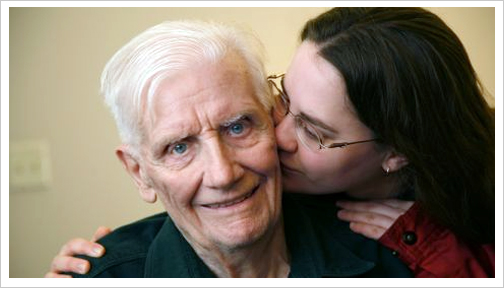 New York, Aug 19 (IANS) If you are blessed with a daughter, take heart because in your golden years, they are the ones – and not sons – who are going to care for you.

According to a promising study, parents are better off having daughters if they want to be cared for in their old age.

Women appear to provide as much elderly parent care as they can while men contribute as little as possible, it added.

“Sons’ caregiving is associated only with the presence or absence of other helpers such as sisters or a parent’s spouse,” said study author Angelina Grigoryeva, a doctoral candidate in sociology at Princeton University.

According to the study, daughters provide an average of 12.3 hours of elderly parent care per month as compared to sons’ 5.6 hours.

“In other words, daughters spend twice as much time, or almost seven more hours each month, providing care to elderly parents than sons,” Grigoryeva noted.

Grigoryeva’s paper relies on data from the University of Michigan Health and Retirement Study, a longitudinal panel study that surveys a nationally representative sample of more than 26,000 Americans over age 50 every two years.

The study also indicates that in the division of elderly parent care among siblings in mixed-sex sibling groups, gender is the single most important factor in the amount of assistance each sibling provides.