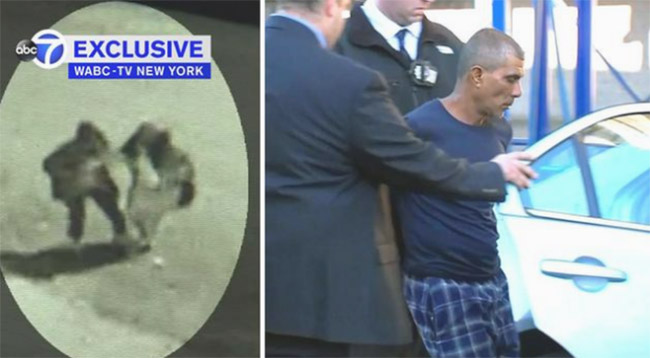 New York, Dec 6 (IANS) A man from Guyana was charged with murdering his wife here on Monday after a street argument, according to a city public prosecutor.
Queens District Attorney Richard Brown said that Prem Rampersaud, 50, who was visiting the city from Guyana, met his wife, Rajwantie Baldeo, 46, after she finished work at a restaurant around midnight and following an argument killed her by stabbing her several times.
She was taken to a hospital, where she was declared dead.
“This was an especially violent crime in which the defendant is accused of viciously taking the life of the woman he purportedly loved by repeatedly stabbing her following a heated verbal argument,” Brown said in a statement.
“Her brutal and senseless death merits serious punishment,” Brown added. If convicted, Rampersaud faces up to 25 years to life in prison.
Local ABC television station reported that according to witnesses Rampersaud choked her and tried to behead her with a long kitchen knife, leaving her head almost severed.
The attack was captured on a surveillance camera.
Police caught him near the scene of the crime.
DNAInfo quoted investigators as saying that Rampersaud had given Baldeo $9,000 to go to the US about a year ago and was temporarily staying with his friend in South Jamaica, when he found out that the victim was dating someone she met online.