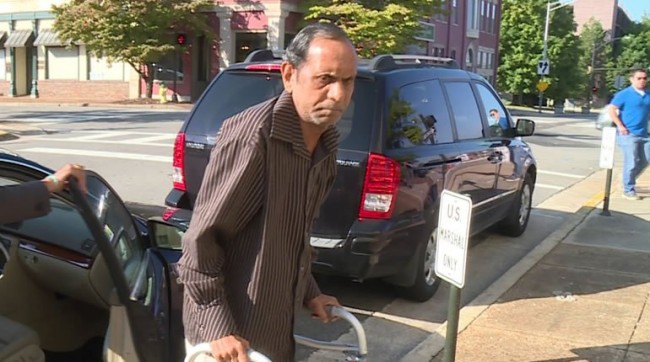 Washington, Sep 5 (IANS) An Alabama police officer accused of using excessive force against a “no-English” speaking Indian grandfather walking in his son’s neighborhood had no reason to think he may have committed a crime, a US court was told.

“The question should have been: Is there a language barrier?” said Assistant US Attorney Robert Posey on the third day of the trial of former police officer Eric Parker, 26, in a Huntsville, Alabama federal court.

“They had no reason to try to think of a crime he may have committed,” said Posey as reported by local news site Al.com.

He was responding Judge Madeline Hughes Haikala regarding how Parker tackled Sureshbhai Patel, 58, who had arrived from India six days earlier, on Feb 6 when he came on the scene in response a suspicious person report.

The judge asked if it was not a requirement for citizenship that an individual learn English. Patel is a permanent resident.

She said the call about a suspicious person and Patel’s behavior could be interpreted as indicative of a burglar.

The judge said the prosecution argument uses the language barrier to disregard that he walked away.

“You can’t disregard that,” she said. Plus, she said it’s not necessarily true he committed no crime.

“Can an officer not stop an individual who said ‘no English,’ who was fleeing from them, because it is a crime to be in the country illegally?” she asked.

Posey said Patel was never “fleeing” and that police had no right “to shake him down for immigration papers.”

But the judge argued police were required to investigate due to the neighbour’s call.

Posey suggested a jury might find Patel was neither resisting nor pulling away, which would make the takedown unreasonable.

Posey called it a manoeuvre “guaranteed to cause some injury. Some injury. I’m not saying he meant to break his back.”

The jury Friday also heard from Johnny Lee Smith, a blackbelt who helped create the martial arts training program now used by police academies in Alabama, as well as in several other Southern states.

Quizzed by federal prosecutors Smith said when officers arrived they believed “crime may be afoot” and that Patel can be seen on the recording to take two, then four, then nine steps away.

Mody argued that Parker knew four things by the moment of the takedown: Patel was an older looking man; on a public sidewalk; the man did not speak English; and Patel had no weapons, as the trainee had completed the pat down a moment before the takedown.

“I couldn’t tell from the video if he completed the pat down,” said Smith, referring to an area in the front waist band that’s hard to see on the video and that a trainee may not have frisked Patel correctly.

But Mody asserted that even if Patel had been a burglar, Parker still doesn’t get to slam him face first into the ground if he is not resisting.