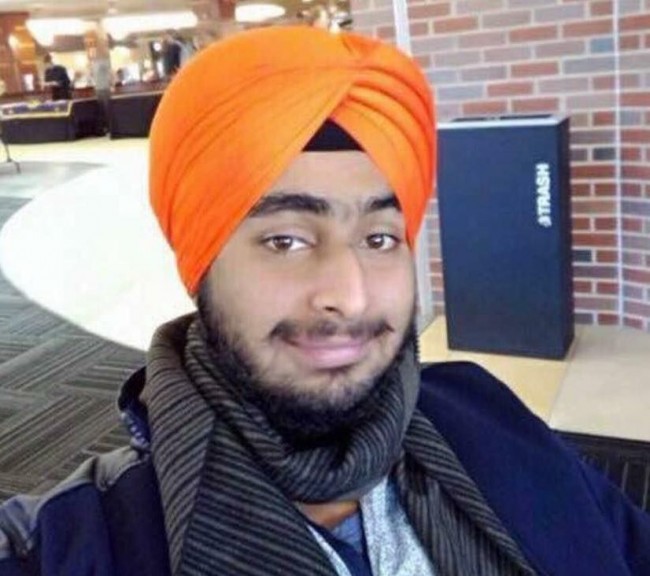 Washington/New Delhi, Nov 16 (IANS) An Indian student was shot dead allegedly by two armed robbers, including one of Indian-origin, at a grocery store in the US state of California, after which External Affairs Minister Sushma Swaraj on Thursday said the government is following up on the incident.

The incident happened on Monday night when Dharampreet Singh Jassar, 20, was on duty at the Tackle Box store next to a gas station in Madera city. The suspects barged into the store to loot and one of them fired several shots at Jassar, who reportedly tried to hide behind the cash counter, The Fresno Bee reported.

They later fled the scene with cash and a few big boxes of cigarettes, the police said. The incident was reported to the police by a customer who found Jasser’s body on the floor on Tuesday, the report said.

Jassar hailed from Punjab and was a student of accounting. He had gone to the US around three years ago on a student visa.

Police arrested 21-year-old Armitraj Singh Athwal, an Indian-origin man, believed to be one of the two robbers who fired multiple shots at Jassar.

Sushma Swaraj tweeted on Thursday evening that she had received a detailed report on the “unfortunate death” of Jassar.

“It was a case of armed robbery at a gas station in which robbers shot at Dharampreet who was working there. The police have arrested a suspect of Indian origin,” she said.

“We are following up further police investigation and will extend all help to his family.”

US authorities said a Fresno County Sheriff’s deputy saw media coverage of the incident on Tuesday and recognised similarities between the suspects from the incident and Athwal.

Madera Sheriff’s detectives were contacted and determined that Athwal is the likely suspect in the shooting.

During a search of Athwal’s vehicle, the police discovered an unregistered 0.38-caliber revolver and a 0.22-caliber assault pistol that had been reported stolen, drugs and a blue bandana noticeable in the surveillance footage of the robbery at the store.

Athwal’s vehicle was also registered in another name.

“Dharampreet was a completely innocent victim, just doing his job, when he was senselessly killed during this robbery,” Madera Sheriff Jay Varney said.

Athwal faces robbery and murder charges. He does not appear to have a lengthy criminal history, Varney said. His bail is set at $1 million.