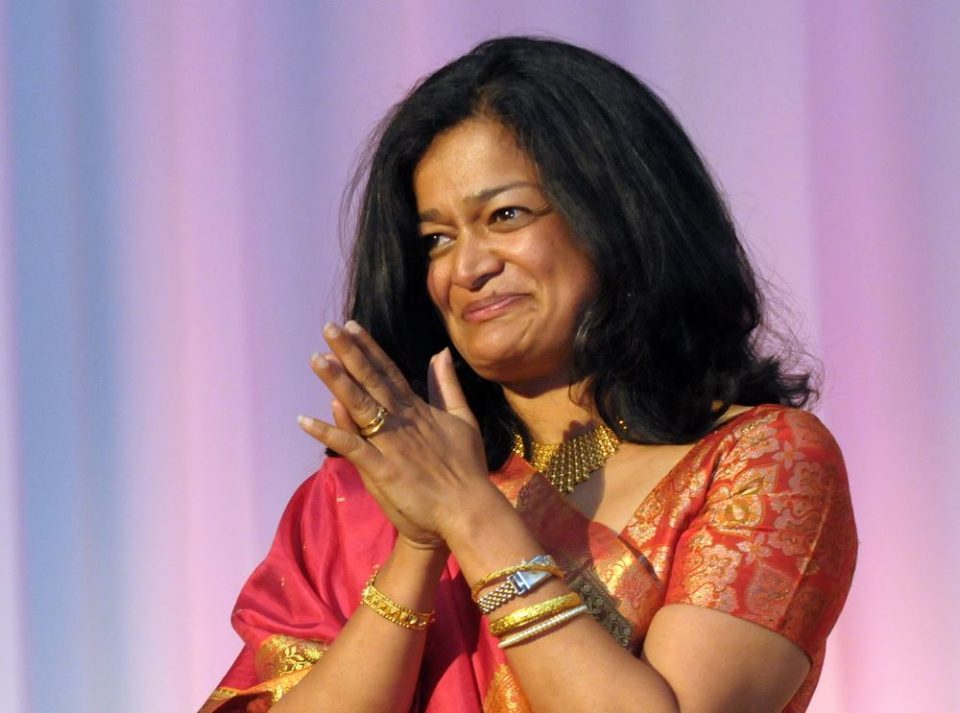 Washington, Sep 9 (IANS) For some Americans, no Indian-American will ever be American enough. Not even when one of them is elected to the US Congress to represent millions of Americans.

Indian-American lawmaker Pramila Jayapal was allegedly stalked by a man who would drive by her home in Seattle, Washington hurling insults and invectives in her direction. He told the police after his arrest that he would do that every day till she packs her bags and left for India.

The Washington Post on Thursday reported her 47-minute ordeal on the night of July 9 when she was home and experienced for the first time the man’s hatred. She was watching a psychological thriller “Mindhunter” with her husband, Steve Williamson, when it started.

That was the first time they saw and heard the stalker, who and his black car with gold rims driving past their house had been a familiar sight to neighbours.

“F…… C…,” said one of the men, according to voices captured by security cameras. Another voice said something that included “India”.

“But I will continue to drive by here and voice my opinion, until she goes back to India – or something else,” Brett Forsell, 49, one of the two men said as he sat in a police car after his arrest.

Jayapal was born in Chennai, India and immigrated to the US at the age of 18. After two years in Washington state politics – serving in the state senate – she was elected to the House of Representatives in 2016, becoming the first Indian woman to do so (Kamala Harris became the first Indian American woman elected to US senate the same year – their respective terms started in 2017). A Democrat, she is now in her third term and heads the party’s congressional liberals as chairperson of the House Progressive Caucus.

Jayapal has also been a strident critic of former President Donald Trump and blamed him for the stalker. “The person that occupied the White House, the highest office in the land, actually used and unleashed and mobilised all of that violence and white supremacy using the tools of the federal government,” she said shortly after the incident.

Many Indian-Americans will identify with her experience. A group of them found themselves yelled at by a woman in Plano, Texas recently. “Go back to India,” their tormentor, a woman who introduced herself to them as Mexican-American, told them repeatedly, among other things. She was arrested later.

Srinivas Kuchibhotla, a software engineer with GPS major Garmin, was killed in a bar outside the company premises in Olathe, Kansas in 2018 by a man who yelled at him to “leave my country”. The killer claimed he had mistaken Kuchibhotla for someone from the Middle East.

“I’ve had people forever telling me to go back to India,” Jayapal told The Washington Post. “But I will say that this was different. This was really different.”

Forsell had planned to pitch a tent close to Jayapal’s house to serve her as a constant reminder. And on the night of his arrest, he was carrying a Glock pistol, which he claimed to the police, was meant only for self-defence.

Crimes against Indians and Indian-descent Americans are covered under the category of religion as “Anti-Hindu”. The 2019 FBI hate crime report said there was a 7 per cent increase in cases against Hindus. These were the most recent publicly available data on bias crimes.