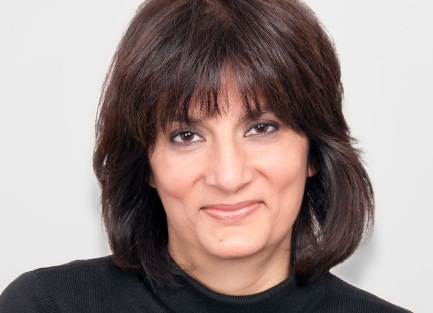 In this role, she will be responsible for all aspects of the creative network’s business across 131 offices in 93 countries and spanning its Advertising, Public Relations, Experience, Consulting, and Health units.

She will also join WPP’s Executive Committee as she takes on her new role.

Bulchandanias most recently served as Global President and CEO of Ogilvy North America.

She takes the helm from Andy Main who is stepping down as Global CEO and will serve as a Senior Advisor until the end of the year.

Prior to joining Ogilvy, Bulchandanias spent 26 years at McCann in various leadership roles including President of McCann North America.

She was the driving force behind Mastercard’s long-running “Priceless” campaign as well as “True Name”, a first-of-its-kind feature launched in 2019 that empowers transgender and non-binary people to display their chosen name on their Mastercard.

Known for ideas that capture the cultural zeitgeist, she also helped launch “Fearless Girl”, an iconic and beloved symbol of women’s equality. The campaign became one of the most awarded in the history of the Cannes Lions International Festival of Creativity.

Next month, Bulchandanias will be honored by New York Women in Communications (NYWIC) at the 2022 Matrix Awards, which honors women who are making a difference, building community, and inspiring the next generation of female leaders in their field.

She has previously received a range of other honors including, NY Power Woman by Moves Magazine; US Advertising Agency Head of the Year by Campaign Magazine; Working Mother of the Year by She Runs It; and ADCOLOR Innovator.