Atlanta, GA, June 7, 2018: The Haven House is a shelter for victims of domestic violence (www.henryhavenhouse.org).  It accepts women and children who are affected by domestic violence and who need a safe place to live until they resettle.  Though the shelter is in McDonough, Henry County, it provides care to people from the entire metro Atlanta.  During the year 2017, the shelter had accepted and provided care to 400 destitute women and 350 children.   In addition to providing temporary shelter, the Haven House also provides the women and children with medical care, medical supplies, free transportation to work/school and needed school supplies.  The shelter eventually helps the residents to relocate to a safer environment, by finding them affordable housing and by providing them with the initial requirements of furniture, clothes, and other household items.

One of the board members of the Haven House shelter is Dr. Manohar Nallathambi, a surgeon practicing in Henry and Clayton counties. He wanted the Indian community to help the shelter by donating money and by volunteering to support the shelter in other ways – several of the residents sheltered at the Haven House are women of Indian origin.  With this objective, Dr. Nallathambi approached Dr. Seshu Sarma, a long-time resident of Atlanta and an active member of the Hindu Temple of Atlanta. Dr. Seshu Sarma offered to help with the cause by holding a music event and raising money for the shelter.  With the Hindu Temple of Atlanta, Riverdale and CAMAGA (The Carnatic Music Association of Georgia) offering to co-sponsor, a musical and fund-raising event was held at the Hindu Temple of Atlanta auditorium on Saturday, April 28th,2018. 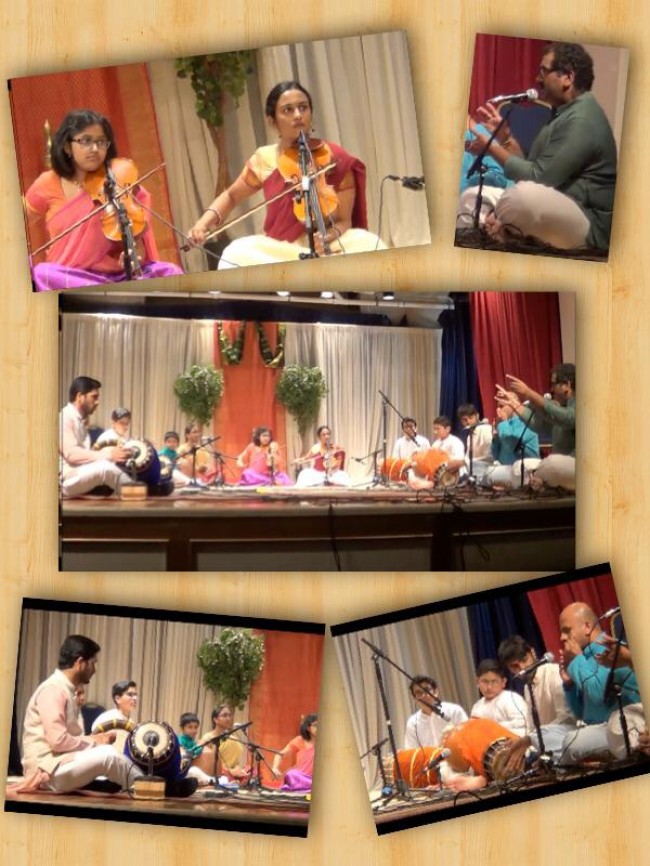 Dr. Ram Sriram, President of CAMAGA designed and produced an Indian classical music program that was presented by the teachers and students from the Atlanta Indian community.  Over fifty musicians (students and their teachers) participated in the musical event.  The participants not only showed their musical talents but also highlighted the great contributions of Indian classical music composers for the last four hundred years.  The highpoint of the program was the violin ensemble conducted by Ms. Jassotha, a well-known violin teacher and the percussion ensemble led by Mr. Santosh Chandru, a Mridangam teacher.  The audience gave a standing ovation after the conclusion of the two ensembles.  Dr. Kalpana Rengarajan, as master of ceremonies, managed the event and the time with meticulous care.  Shiva Vaidyanathan and Vasudevan managed the audio support with perfection.

After the musical performances concluded, Dr. Manohar Nallathambi shared with the audience about the role and contributions of the Haven House shelter and how, over the years.  After he concluded his speech, Dr. Seshu Sarma recognized the following members of board of directors who were present for the musical event and presented each of them with a shawl: Ms. Lucinda Wirt, Chair of the Board; Board members: Honorable Judge Wesley Shannon, Dr.  Stephanie Gordon, Ms. Kristy Coughlin, Ms. Keli Hazel, and Executive Director of Haven House, Ms. Kathleen Tucker.

The fund-raising and the musical event both were very successful in bringing the Indian community to together and raising over $20,000 to support the Haven House Destitute shelter.