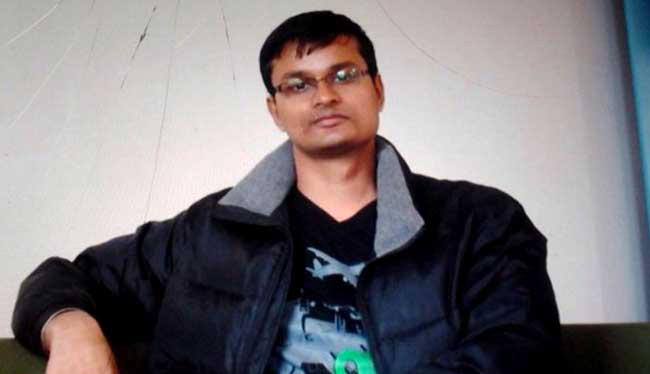 Thane (Maharashtra), March 29 (IANS) The body of the Infosys employee, who was killed in the Brussels attacks, will be taken to Chennai on Tuesday, officials said.

Infosys employee, Raghavendran Ganeshan, was killed while travelling in a coach of Brussels metro in which one of the suicide bombers blew himself up on March 22.

“I am deeply pained to inform that Brussels authorities have identified Raghavendran as one of the victims of terror blasts in Brussels. His mortal remains are being handed over to the family in Brussels. My heartfelt condolences to the bereaved family,” Minister for External Affairs Sushma Swaraj said in a tweet on Monday.

His body was charred beyond recognition and could be identified only after matching DNA samples with his brother.

Raghavendran’s mortal remains shall be taken to Chennai on Tuesday for the last rites, officials said.

Raghavendran, 31, became father just a month ago, and his wife is away in Chennai, said one of the neighbours of Building No. 1, where the Ganeshans have lived for the past 15 years.

Residents of the Nirmal Park Society in Bhayander were shocked to hear the news of their neighbour Raghavendra Ganeshan being killed in the Brussels attacks.

He had been recruited to Infosys through a campus placement programme and was working in Brussels from the past four years.