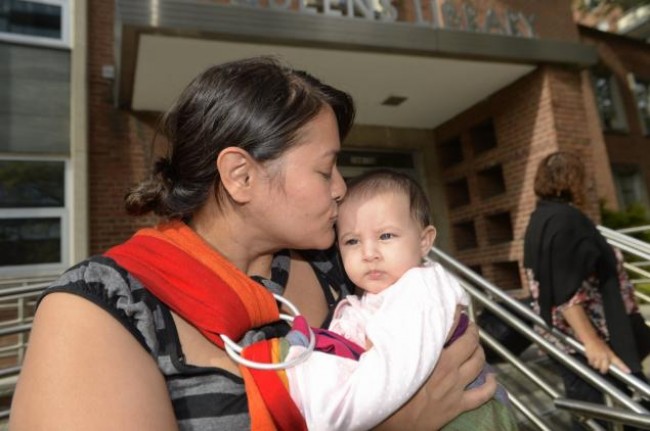 New York, Sep 23 (IANS) A library in New York has apologized to an New York woman after an employee of the public library asked her to stop breast-feeding her daughter in public.

“We will be giving our staff additional coaching to remind them about the proper practice for maintaining a welcoming environment,” CBS New York online on Tuesday cited a library statement as saying.

Sherry Singh, a regular visitor at the Forest Hills library, was last weekend told to stop feeding her child in the library and breast-feed her four-month-old daughter in the restroom.

“Me and my other daughter were playing with puppets, when this little one started crying. I started nursing her,” Singh was quoted as saying.

“An employee came over and told me not to breast-feed my daughter there,” Singh said.

“It has been the law for quite a while. It is every woman’s right to breast-feed in public,” Lieberman said.

Singh has accepted the library’s apology and is not taking any legal action, but she wants the story to go out to educate others.