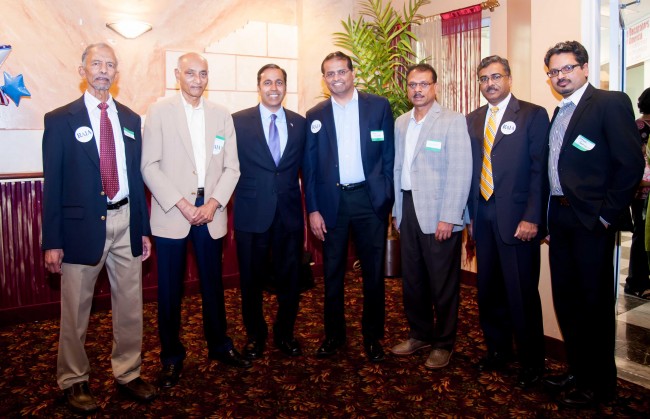 Atlanta, GA: On Sunday, September 20, a small group of local Indian community leaders and members gathered at the Asiana Banquet Hall in Atlanta to host a reception for Raja Krishnamoorthi of Illinois. Popularly known as Raja, Krishnamoorthi is the lead contender in the Democratic Party primary for the 8th congressional district of Illinois, with incumbent Tammy Duckworth vacating her seat to run for US Senate in 2016. Despite two other candidates running against him in the primaries, Raja is favored to win, having garnered many endorsements locally and nationwide. The function was organized by Dr. Sreeni Gangasani and Dr. Prasad Garimella to support this young second generation Indian American leader. 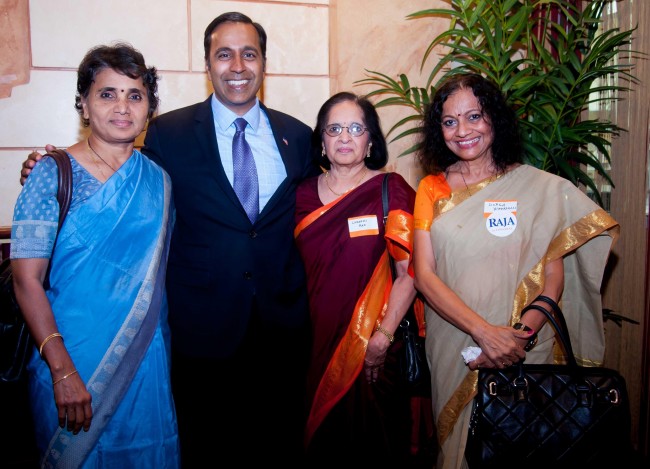 Tony Patel, current chair of the Asian American Caucus of the Democratic Party of Georgia & AAHOA Regional Ambassador spoke about the importance of voting to gain greater representation for the AAPI community by supporting Asian candidates nationally.  Democratic State Representative Hugh Floyd addressed the gathering in support of Raja stating, “he has what it takes”.

Raja, 42, addressed the gathering of over 30 people for over an hour, answering questions ranging from his motivation to run for the public office to his stance on the Iran nuclear deal. He was charismatic, calm and collected, and came across as someone with knowledge, enthusiasm and a sense of humor. He talked about the financial hardship his family faced when he was a child and their first hand experience with welfare. He credited his involvement in the public sector as the Deputy Treasurer of the State ofIllinois, and his current experience as President of the small businesses Sivananthan Labs and Episolar, Inc. with giving him the perspectives to serve his constituents effectively, especially in the economic sector. 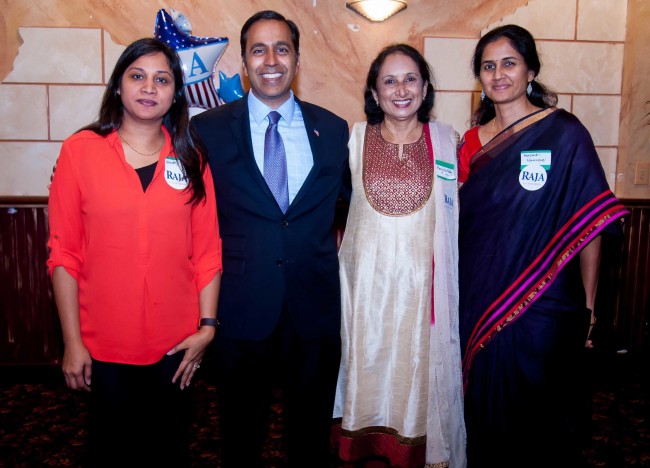 When questioned about his community work, he talked about his involvement with INSPIRE, the Institute for Solar Photovaltaic Innovation, Research and Edu-training, a non-profit organization that provides training to Illinois students and veterans.

When asked about his advice to the young generation Indian-Americans, he said: Take care of your parents, get a good education, help others and have faith in God, whatever your faith might be.

Raja’s campaign has the support of nearly 100 prominent local Democrats and organizations. The list includes several US congressmen and women from Illinois, two Illinois state senators, retired US Senators Adlai Stevenson III and Bill Bradley, chief political advisor to Obama David Axelrod, and many other powerful politicians from Illinois and across the nation. He was endorsed by the Democratic Congressional Campaign Committee as well. 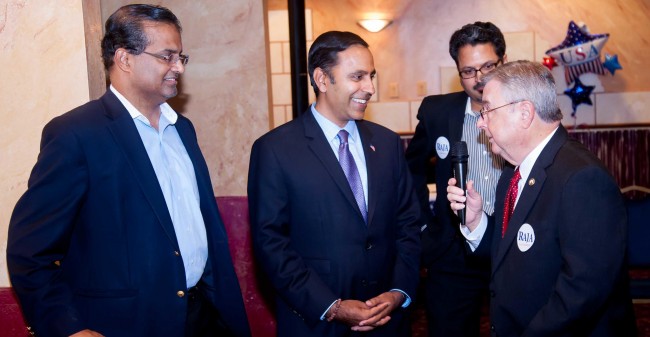 Raja is married to Priya, a practicing anesthesiologist. They live in Schaumburg with their sons Vijay, 9, and Vikram, 5, who attend public schools in District 54.”

Breast-feeding in public: US library apologizes to NY woman