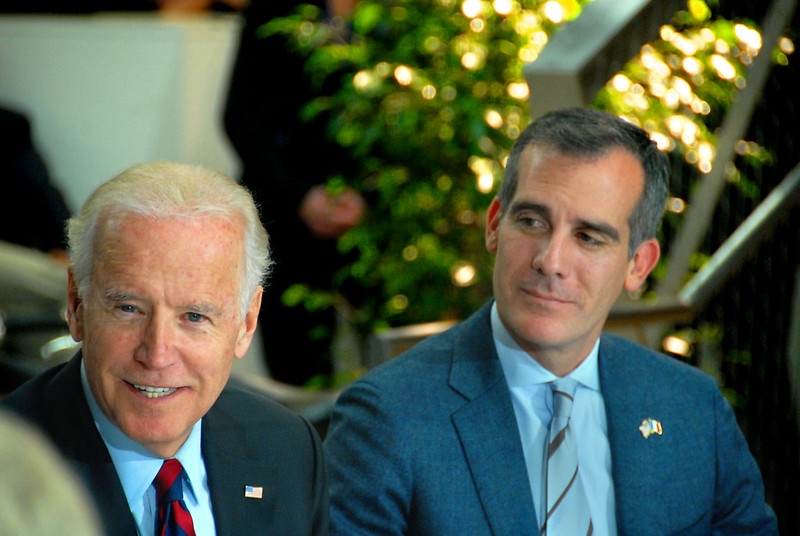 The White House also announced on Friday that Biden was nominating a career diplomat, Peter Haas, as the ambassador to Bangladesh.

Both of them will have to be confirmed to their posts by the Senate.

Garceti tweeted, “Should I be confirmed, I’ll bring this same energy, commitment, and love for this city to my new role and will forge partnerships and connections that will help strengthen Los Angeles’ place on the world stage.”

Global Indian diaspora organisation Indiaspora’s founder M.R. Rangaswami said, “It speaks volumes to the importance of the US-India relationship that a close and trusted ally of President Biden may be America’s point person in Delhi.”

The New Delhi ambassadorship is considered an important position and most US ambassadors have been political appointees.

Garcetti was a co-chair of Biden’s election campaign and served on the panel that vetted candidates to be his vice president.

With Washington’s Indo-Pacific strategy envisaging a key role for India in the region, Garcetti brings 12 years of experience as an intelligence officer in the US Navy Reserve having served under the US Pacific Fleet Commander and in the Defense Intelligence Agency.

Garcetti has been a champion of climate action, a pillar of Biden’s agenda, which he will be expected to promote in India.

The White House said, “He is the current Chair of C40 Cities ï¿½ a network of 97 of the world’s biggest cities taking bold climate action ï¿½ (and) has led the organisation’s engagement and expansion in India, as well as C40’s global response to the Covid pandemic through the sharing of best practices and resources.”

In New Delhi, Garcetti will face the daunting task of reconciling Washington’s priority of reconciling India’s role as a regional power and a major defence ally in the Indo-Pacific region where it confronts Beijing’s aggressive posture with differences over trade, human rights issues and India buying a Russian missile defence system that the US opposes.

Biden offered Garetti a cabinet post, which he turned down saying at the time, “My city needs me now.” When his name surfaced in May for the New Delhi job, his spokesperson said, “We’re 100 per cent focused on ending the Covid pandemic and passing a justice budget for the city.”

The city has since adopted a $10.6 billion budget and brought the Covid-19 pandemic under control.

But Garcetti, who was elected to the first of two terms in 2013 as the mayor of the nation’s second-largest city, is barred by law from running for a third term when his tenure ends next year.

Winning the 2028 summer Olympics for Los Angeles with a successful international campaign was one of his major accomplishments as mayor.

He is of the Jewish faith and a Latino of Mexican descent who has been active in ethnic organisations as the founding Chair of the Latino Alliance of Mayors and a member of the Board of National Association of Latino Elected and Appointed Officials.

The last US ambassador was Kenneth Juster, a political appointee of former President Donald Trump who resigned in January when Trump left office.

Since then there have been two acting heads of the US embassy in New Delhi. Daniel Smith, who was appointed the charge d’affaires in April, was succeeded on his retirement by another senior career diplomat Atul Keshap, who was named in June.

Fifteen of the 23 ambassadors in New Delhi have been political appointees and included distinguished personalities like former governors Richard Frank Celeste and Chester Bowles (who served twice), former members of Congress like Kenneth Keating, Sherman Cooper and William Saxbe, and public intellectuals John Kenneth Galbraith and Daniel Patrick Moynihan, who had also been a senator.

Biden, who hosted them, said cryptically in jest, “I don’t know, man. I’m not sure I’ll be able to handle Garcetti if you win twice. I mean, it’s going to be hard ï¿½ really hard.” If that were to happen, Biden, a fan of the rival Philadelphia team, the Phillies, now wouldn’t have to suffer put-downs from Garcetti.

In Dhaka, Haas is set to succeed another career diplomat, Earl Miller, who took charge in 2018.

Haas worked in South Asia as the consul general in Mumbai.

Haas, who obtained a master’s degree in economics from the London School of Economics as a Marshal Fellow, has specialised in trade and business diplomacy at the State Department.

Earlier, he had been a senior advisor and deputy assistant secretary for trade policy and negotiations and deputy permanent representative of the US at the Organization for Economic Cooperation and Development in Paris.