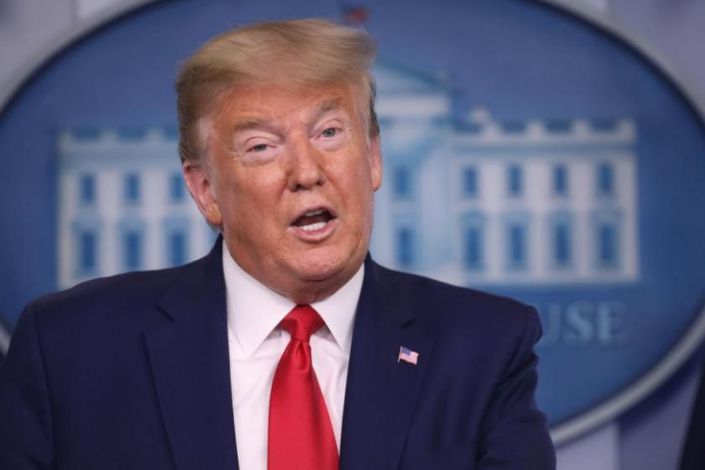 Washington, April 1 (IANS) US President Donald Trump has said that the coming two to three weeks would be “very, very painful” for the country and that the novel coronavirus is estimated to claim at least 100,000 lives.

“I want every American to be prepared for the hard days that lie ahead. We”re going to go through a very tough two weeks,” Trump said during his daily press briefing on COVID-19.

He added the coming two weeks would be “very, very painful,” while experts working on the crisis with the White House presented their projections on the number of deaths from the epidemic.

The White House projected the number of deaths to range between 100,000 and 240,000 after the containment measures that have been implemented. The numbers, according to experts would have gone higher – somewhere between 1.5 and 2.2 million – had no steps been taken to mitigate it.

Trump said 100,000 fatalities would be a very low figure given the higher projections.

During the press conference, Trump also said he was looking at a possible travel ban for travelers from Brazil – a COVID-19 hotspot in Latin America with 5,717 confirmed cases and 201 deaths.

“Yes, we are absolutely looking at a ban (on Brazil),” Trump said in reference to the measures taken in the last few weeks with China and Europe to stop the infections from spreading through airports.

“We are looking at numerous countries as they get in a position (of becoming a COVID-19 hotspot). Brazil as an example, Brazil had no problem until just a short time ago and now they are starting to get inflamed,” he added.

Brazilian President Jair Bolsonaro has been unwilling to impose a lockdown and has urged people to return to work and school. Contrary to the country”s health recommendations, the president took a walk Sunday around Brasilia.

In New York”s iconic Central Park, a field hospital with 68 beds and 10 ventilators was set up Tuesday, while the US Open tennis courts from next week are set to put up another field hospital with 350 beds for patients who do not require intensive care.

In New York, infections on Tuesday was recorded at 76,000 and fatalities stood at 1,550, leading the Pentagon to send refrigerator units to keep bodies as morgues are short on space.

Local authorities are expecting the arrival of 85 refrigerated trucks with the aim of doubling the capacity of the city in keeping the bodies which at present can handle 3,500 deceased at a time.

Uncertainty remains for cruise ship Zaandam, on which four people lost their lives during its travel through South America while nearly 200 are sick with COVID-19-like symptoms.

Local authorities Tuesday put off the decision over allowing Zaandam and another cruise ship to dock at its ports to evacuate its severely ill passengers to medical centers and treat others on board the vessel.

Florida Governor Ron DeSantis said Monday that it would be a “mistake” to allow the people who have tested positive for COVID-19 to be offloaded and urged the cruise Holland America Line to take responsibility of the passengers.

Fulton County orders residents to shelter-in-place; violators could be jailed or fined $1000